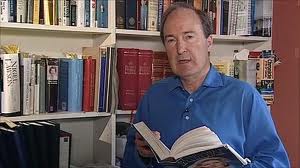 This is a post of two halves - one recycling an article from elsewhere, one reviewing a particular edition of the Today programme. The one, however, follows on from the other, and I think they can both shed some light on the preceding posts about the BBC's news priorities.

The Telegraph's Charles Moore has written one of the best articles about BBC bias that I've read for a long time:

Why does the impartial BBC not tell the story of the great majority?

For starters, he spots something rather revealing in the Prebble Review and draws the obvious conclusion from it:

Stuart Prebble, ex-BBC, has this month produced a report for the BBC Trust on “Breadth of Opinion Reflected in the BBC’s Output”. Explaining his approach, he says that most attacks on the impartiality of the BBC are “based on the notion that it is largely run by a group with similar backgrounds and attitudes, loosely describable as 'liberal progressives’ – and, of course, I am one”.

Why “of course”? Is it unimaginable that the BBC would commission anyone other than one of their own sort to write a report on their own impartiality? Well, yes, perhaps it is.

Charles Moore then goes on to doubt the logic of Mr Prebble's assertion that, “… in common with the overwhelming number of journalists within the BBC…, I leave my personal politics at home when I go to work”, believing that to be absurd and comparing the statement to a doctor saying that he leaves his personal medical views at the surgery door.

Then he wonders why, even if Mr Prebble were correct, the BBC keeps choosing so many of his fellow 'liberal progressives' to work for them.

The problem, Charles Moore, argues is "that the BBC is self-righteous - in the exact sense that it identifies its corporate identity with righteousness". 'Breadth of opinion' is something the BBC can and does provide. So, where's the bias?


In almost all major stories, you can tell very quickly who this is.

He cites an interview from this Friday's Today where James Naughtie treated the representative of a charity in a much gentler way than the Tory backbencher taking part in the same interview. Why this disparity?

Charities and pressure groups, in the BBC’s approach to life, are to be trusted, because they do not make profits. People who do, are not.

Secondly, “What makes a story?”


In the BBC’s view, some form of institutional validation is almost always required.

Stories "must arise" from government reports, court judgements, union statements, etc. This misses out "the relation of politics to what voters need or feel".

This is because the BBC is itself a vast institution, so it is happiest speaking to other institutions, like mastodon bellowing to mastodon across the primeval swamp. Its absolute favourite is the device by which the big cheese from the big body in question – the Government, the CBI, Unite – comes on, says his bit and then departs, leaving omniscient persons like Nick Robinson, Robert Peston or Stephanie Flanders to explain to us idiots what he was really talking about.

So what are they missing as a result?


Seldom do they see the story in a tax rise, in energy bills or planning delays, in their own stupefying executive pay-offs. Seldom do they expose the rise in the national debt or investigate why it is that, despite “cuts” every day, government spending still grows bigger all the time. The one entity, in short, in which the BBC feels permanently uninterested is the individual citizen.


It is not surprising that the BBC takes him for granted, because it can. It takes his money by law, and without his consent, in the form of the licence fee. Until this ends, the BBC will, with the finest impartiality, refuse to tell his story.

To test this out, maybe a look at the very edition of Today which Mr Moore cites might be the best course of action. This was the Friday, July 12 edition presented by Justin Webb and James Naughtie. (The live page is here). 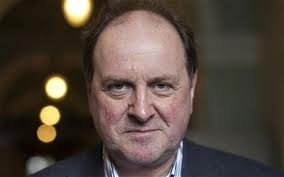 What of the “Who is in the dock?” question. Well, listen to the interview Charles Moore describes - between Conservative backbench MP Mark Field and Harpel Kumar of the charity Cancer Research UK - yes, a 'breath of opinion' was provided  (one in favour of the government's position on libertarian grounds, one against the government's position on health grounds) but, yes, Charles was correct in his characterisation of the interview - with Mr Kumar's "pretty extreme assertions" going "unchallenged" by James Naughtie, while one of Mr Field's assertions brought a swift corrective intervention from the BBC presenter. "You could almost hear Naughtie’s lips pursing", as Charles Moore put it.

Now you might say that MPs should be interrupted more than campaigners, as they have power - even if they're backbenchers - and that James Naughtie's harsher treatment of Mr Field can be defended in that light.

However, a later interview saw another MP - this time an Irish one (socialist TD Joan Collins) - set against another campaigner (Cora Sherlock, of the Pro-Life Campaign in Ireland) and this time it was a different story with the (pro-abortion) politician getting a much easier ride from the BBC interviewer, Justin Webb, than the anti-abortion campaigner.  “Who is in the dock?” Here, clearly Cora Sherlock of the Pro-Life Campaign, who was interrupted and challenged by Justin much more strongly than her opposite number. Despite the 'breadth of opinion' on offer, the whiff of 'liberal progressive' bias hung about this interview.

On the “What makes a story?” question, this particular edition saw stories based on reports from a government commission and the Academy of Medical Sciences, an upcoming government announcement, a law being passed in Ireland, comments by the Chancellor, and some new proposals from ministers - much as Mr Moore described.

Now, is that unique to the BBC? After all, ITV, Sky and the broadsheet newspaper also report plenty of stories like that.

The question, therefore, is the extent to which Today's agenda is set by institutions. Is it set much more than, say, that of Sky News or that of The Daily Telegraph? To know would entail monitoring, say, the same morning's Sky News Channel or that morning's Telegraph Online homepage. I didn't do it that day, so I don't know. Still, I'd lay good money on neither of them being quite so institution-driven as Today's running order that morning.

Other things about that particular edition of Today that strike me as being revealing include the choice of the story buried away at 6.10am - when few people are listening, and which never appears on the 'live page'. This concerned the call from the Academy of Medical Sciences for a change to the rigid and heavily-regulated drug pricing policy to encourage more effective stratified/personalised drug development. Reading up on this (using the link above at 'the call'), it made good sense to me. However, it would encourage private companies to make profits, so - if Charles Moore is correct - it shouldn't be well-regarded by the 'liberal progressive' BBC. Take a listen to the interview between James Naughtie and the BBC's Tom Fielden here (available for a few more days) and hear Jim introduce the proposal as "a bit woolly" (talk about preparing listeners to be disappointed in advance) and maintain a sniffy tone throughout. You might think he wasn't much taken with the idea (or with Tom Fielden from the way he spoke to him!) Treating such a fascinating story in this way, and never referring to it again throughout the remaining two and three-quarter hours of the programme is quite strange - unless you assume bias, of course.

Another early BBC-BBC interview provided even stronger suggestions of bias. This was the remarkable 6.30am interview between James Naughtie and Gillian Hargreaves (beginning 33 minutes in here), where both BBC people gave me the impression they were sympathetic towards the campaign for packed lunches to be banned in schools in favour of school dinners. When mention was made of Jamie Oliver criticising academy schools for not being a part of the scheme, Gillian made sure the Coalition got the blame by saying "set up by the present government" - even though academy schools were first set up by Labour during Tony Blair's first term in office. James Naughtie kept up the same line: "How is it that Michael Gove can have an enquiry into school dinners and say this is important when more than half the schools in England don't have any reason to comply?" When she said that her "overnight" enquires with the Department of Education hadn't got her very far over that question, James Naughtie interrupted to say, somewhat sarcastically, "You'd have thought it would have been an easy question to answer for the Education Secretary!" Gillian laughed. We're back with Charles Moore's question again: “Who is in the dock?” Michael Gove, the present government, academy schools and free schools, by the sounds of it.

On the same issue, Jim sounded no less supportive-sounding of the scheme itself to ban packed lunches during the 7.10am interview with its main cheerleader, chef Henry Dimbleby (son of David Dimbleby). Here's a sample question to back up this claim: "And the argument, presumably, from the teachers is that if they have a decent lunch, a reasonably healthy lunch, you know, the better-behaved, the brighter , they will probably have a better time at school?" (Henry agreed with that). Now, there are many liberty-lovers out there who have been vigorously complaining about this latest would-be infringement on personal/family autonomy by the nanny state (on blogs across the internet - from the comments field at the Mail and Telegraph on the right through to Spiked on the left). This libertarian-inclined, state-sceptical attitude is far from the 'progressive liberal' outlook; thus, is it really any surprise that it didn't even occur to James Naughtie to ask either Gillian Hargreaves or Henry Dimbleby a single question that came from that anti-nanny state perspective? Is it too far from his own way of thinking?

Well, those are my impressions anyhow - and they tally with Charles Moore's. From now on, those who claim that the BBC is biased in many ways may find those two questions of his - "Who is in the dock?" and "What makes a story?" - ringing around their heads.
Posted by Craig at 11:03