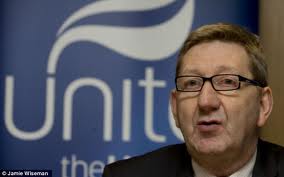 ....just visit this website which documents the daily instances of the BBC's out-and-out Left-wingery.

So wrote Toby Young about us yesterday on his Daily Telegraph blog.

Watching tonight's main evening news bulletins on BBC and ITV, I was struck by several obvious differences between their respective reports on the dramatic spat between the Labour Party and the Unite union over alleged malpractice (by Unite) over candidate selection in Falkirk. My initial impression was the the BBC's take on the story was somewhat vaguer whilst ITV's was as sharp as a knife and easier to follow.

There was also a basic factual error in the BBC's coverage. Newsreader Fiona Bruce stated early on that the controversial selection process in Falkirk was in aid of "a by-election". It's for no such thing. It's actually for the next general election, when the sitting Labour MP Eric Joyce stands down (or falls down drunk) and someone else is needed to stand for Labour. Not a good start for the BBC then. 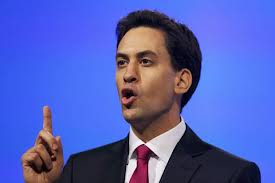 Looking at the two reports in more detail, the first difference is that ITV led with the story. The BBC chose to make it its second story instead.

The second difference is that ITV spent 4 minutes on the story while the BBC spent just 3 minutes on it.

Another difference is that ITV featured a Conservative MP making a critical point against Labour, something the BBC chose not to include. If this had been a Conservative donations scandal, would the BBC have chosen not to feature a Labour critic? I have my doubts.

A fifth difference is that ITV spelt out the concern about 41 other constituencies where Unite's influence might now be questioned.  The BBC merely quoting Labour saying that this is a one-off. This one seems quite a striking difference, doesn't it?

A sixth difference concerns the level of detail provided about Unite's involvement. The BBC only mentioned the £3 million given to Labour by Unite last year. ITV gave the figure of £8 million for the total Unite has given Labour since Ed took over (which sounds worse than £3 million), plus detailed the 90 Labour MPs and 58 Labour candidates funded by Unite. That's a lot more detail.

A seventh difference concerned the question of who initiated the police action. ITV pointed out that a Conservative MP reported the matter to the police first. The BBC didn't, leaving its viewers unaware of the potentially unhelpful fact that Ed failed to call the cops first after all.

A further difference is that ITV said that Ed Miliband had supported the unions' paying for Labour membership right up until yesterday, when the policy was "hastily" scrapped. No such potentially damaging point was made by the BBC.

In more general terms: Of the initial presentations and the two reports - by ITV's Romilly Weeks and the BBC's Vicky Young - it seems pretty clear to me which one will have displeased the Labour Party least. Vicky's report made Ed sound more decisive that Romilly's. That would have pleased Ed because, as Romilly pointed out, Ed was keen to get the impression across to viewers that he was being decisive by saying the word "decisive" over and over again. BBC Vicky's report did very little to undermine that impression, unlike ITV Romilly's - which did! Indeed, the whole BBC presentation ("The Labour leader Ed Miliband has dramatically escalated the row") gave Ed the appearance of a man taking decisive action whilst ITV's presentation made him look weak.

OK, well that's my take. I'll let you judge for yourselves by transcribing both reports and allowing you to read them at your leisure. 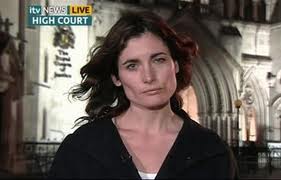 Headline: Labour in turmoil - a clash over claims the biggest union tried to fix candidate selection. Ed Miliband refers a report to the police that could implicate his most powerful union backer. The union's furious.

Newreaders: Labour's Ed Miliband has turned on the trade union Unite, his biggest financial backer whose votes helped him become Labour. A report that accuses it of paying for votes to secure friendly candidates at the general election has been sent to the police by Mr Miliband. The leader of the Unite union, Len McCluskey, accused Labour of being "amateur" and its headquarters of "trying to pick a fight". He said they'd done nothing wrong. Our political correspondent Romilly Weeks reports.

Comedian [accosting the Labour leader]: Mr Miliband, is it a good idea to kick your biggest donor and to make friends and influence people?

Romilly Weeks: Ed Miliband was accosted by a comedian as well as reporters today but with the allegations of union vote-rigging in Labour's selection process in Falkirk now a police matter he couldn't escape the serious questions.

Ed Miliband [being interviewed by Romilly]: We had the inquiry that had taken place into Falkirk. We received further evidence and then we took advice from our party's solicitor and that is why we concluded it was right to send the matter to the police and, look, throughout this process what I've been determined to do is protect the integrity of my party.

Romilly Weeks [to Ed]: But the integrity of your party has been terribly damaged by this, hasn't it?

Ed Miliband [to Romilly]: Well, it has been damaged by the fact that we have had bad practices in this constituency and the question is 'What action are we going to take?' and we're taking the most decisive action.

Romilly Weeks [narrating]: Decisive or not, the action has set the scene for a major bust-up with this man. Len McCluskey, secretary general of the union accused of malpractice in Falkirk and the union which is also Labour's biggest donor.

Ed Miliband [in a video]: I'm determined to lead a Labour Party that stands up for ordinary working men and women....

Romilly Weeks [narrating]: Until yesterday Mr Miliband could be seen in this video endorsing the very practice of unions paying for Labour membership which is now being hastily scrapped. For the Conservatives it's a gift.

Pritti Patel, Conservative MP: There's obviously malpractice that has taken place in some shape or form in Falkirk and there are now serious concerns that Unite are trying to infiltrate again in 40 other constituencies, other selections as well. There is a serious, serious issue here.

Romilly Weeks [narrating]: And the difficult questions won't stop here for Mr Miliband. With Unite funding Labour to the tune of £8 million since he became leader the bust-up goes to the nub of union influence over the party. Mr Miliband can't afford to look like a union puppet but then again nor can Labour really afford to do without union money.

Newsreader: And Romilly joins us live from Hove now, where the Labour leader was visiting a school. Romilly, a damaging mess. You spoke to Mr Miliband. Do you think he's not got it under control?

Romilly Weeks: Well, he's certainly trying to give that impression. In the interview which you saw part of in my report there he repeated the line 'We are taking decisive action' at least four or five times. The trouble is the action doesn't look all that decisive. Despite having the report into what went on in Falkirk for some time, the handing over of it to police only came after a Conservative MP wrote to police asking for there to be an investigation. What Unite is accused of doing in Falkirk is of recruiting union members to the party in order to sway things in favour of their preferred candidate. Mr Miliband is insisting that only went on in Falkirk but there will now be close scrutiny of the other constituencies -and there are 41 of them - in which Unite has been promoting candidates. The problem for Mr Miliband is a wider one as well. He is the leader who came to power on the back of union support. Unite backed 90 Labour MPs and 58 candidates. It would take a very strong leader to change the terms of that relationship and Mr Miliband isn't looking like that right now. 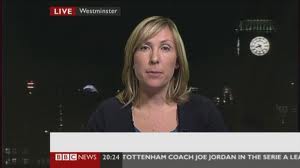 Headline: The row between Labour and its biggest union backer escalates. Now Ed Miliband calls in the police.

Newreader: The Labour leader Ed Miliband has dramatically escalated the row with his party's biggest financial backer, the Unite union, by sending evidence of alleged vote rigging to the police. The crisis centres on the union's involvement in the selection of a Labour candidate for the Falkirk by-election. Unite's leader has accused Mr Miliband of "smear tactics" and, as our political correspondent Vicky Young reports, this is the biggest test so far of Mr Miliband's leadership.

Vicky Young: The leader of the Labour Party and the head of the biggest union in the country. The bonds between the two organisations runs deep, but now they're embroiled in a bitter public fight that's testing Ed Miliband's leadership like never before. The bust-up stems for what's alleged to have happened here in Falkirk where Labour's looking for a new candidate to stand at the next election. Unions often have a say in that, but in this case Ed Miliband's called in the police to investigate claims that there were serious irregularities in the way Unite signed up dozens of its own members to influence the selection process.

Ed Miliband [being interviewed by Nick Robinson]: I am angry about this. I'm incredibly angry about what has happened because I think people, certain people have let down this party and I'm not going to let it happen.

Nick Robinson [to Ed]: These allegations first emerged in May. What do you say to critics who say you only acted after David Cameron knocked you around in the House of Commons?

Ed Miliband [to Nick]: No, at every stage we've acted thoroughly and decisively. In May, when complaints were raised, we suspended the process of selecting a parliamentary candidate. Then we conducted an inquiry. At all times we have acted to uphold the integrity of my party, and that is what we will keep doing.

Vicky Young: But Unite's leader, at a rally in Manchester today, insisted the union had done nothing wrong and he accused Labour of deliberately picking a fight.

Len McCluskey: We disagree with what the Labour Party have done because they've handled it absolutely amateurishly and they've played into the prime minister and the coalition's hands, who must be rubbing their hands at this.

Vicky Young: The fallout from Falkirk is a huge problem for Ed Miliband. He has to show that he won't be pushed around by Unite but it exposes deep divisions in his party over the influence of the unions. And, of course, Unite gave £3 million to Labour last year, so Ed Miliband is left trying to find a swift and painless way to end a full-scale row with his biggest financial backer. Labour MPs like Tom Watson want the party to have more working class members with links to the unions. Yesterday he resigned as election co-ordinator, denying it had anything to do with Falkirk but blaming colleagues for turning on him.

Tom Watson: You know, I started to become the story. You know, there were clearly people that I kept sort of seeing in papers, there were unattributed shadow cabinet briefings. Well, I thought, if it's got to that point, you know, let someone else do it.

Vicky Young: Labour insists Falkirk is an isolated incident, but Ed Miliband knows the Conservatives will exploit his relationship with union bosses at every opportunity.
Posted by Craig at 21:55