A question of bias: Is the BBC's Question Time balanced? 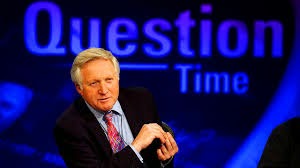 Is there any BBC programme more studied for bias than BBC One's Question Time?

I ask this because yet another statistical attempt has been made to assess its record for impartiality.

Well, obviously not on my part because I'm scrupulously impartial and produce accurate stats. I can't vouch for him though! [Joke. Or is it?]

Now it's the turn of Jon Bounds, writing at Contributoria.

Jon's very interesting article, entitled A question of bias: Is the BBC's Question Time balanced?, looks  at the composition of the panel, just as Phil's earlier study did. [My efforts looked at something else altogether]. His answer to the question posed in his title is "Yes...and no".

Essentially he finds that the party political make-up of the Question Time panel is scrupulously balanced, reflecting an accurate compromise between a party's parliamentary representation and opinion poll standing [thus with UKIP's 8% of the panel spots falling between their parliamentary representation (0) and their opinion poll ratings (9-20%)], but finding that when you take the non politicians on the panel, it swings sharply to the Right (thus, right-wing journalists outnumber left-wing ones, right-wing think tankers, economists (etc) outnumber left-wing comedians, etc).

Now, Jon himself - a former BBC man - is left-wing, and his far-from-objectively-stated conclusions will chime with left-wingers and repel right-wingers:

The problem for left wingers who see bias on Question Time is that the BBC is part of the establishment, and the establishment is institutionally right wing. As such, it does not represent the views of the public.

The problem for right wingers is that, as Stephen Colbert identified: “reality has a well-known liberal bias.”

And, after the most recent "political earthquake", it may be the BBC that needs to get in touch with that reality beyond the political media bubble. Much more than the mainstream party leaders need to.

His crowd-sourced methodology, however, is intended to be objective.

But just look at how his system works in practice:

First, I took the panel for every show for the past year from the BBC website, and then recorded occupations and political affiliations of each guest (this was open to all Contributoria readers to edit and add to — you can see it here ). Non politicians got a rating from one to ten on a scale that went from Katie Hopkins to Bob Crow. Marking on a a right/left political spectrum is a rough measure, and could be described as subjective, but I tested my ratings with crowdsourced opinions and by measuring the results of elections and polls by the same system and it proved to be robust.

Some non-politicians didn’t end up being rated as their positions didn’t seem to have any logical, consistent position: on the scale or otherwise (sorry Fairground Attraction singer Eddie Reader). Politicians were assigned ratings based on their party: for example Ukip were a ‘2’, the Conservatives a ‘3’, Lib Dems ‘5’ and Labour ‘7’.

I think that system has a whopping in-built (left-wing) bias of its own that damagingly skews the results. 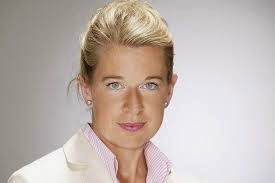 Now, as you can see, that puts the Lib Dems (who call themselves a 'centre-left party') on the right of the political spectrum. [Their '5' is to the right of the spectrum's centre point of '5.5'.] Thus, the avowedly left-of-centre Tim Farron is placed on the political right in Jon's survey, which cannot be right.

The whole numbering system has a left-wing bias, does it not? So it's hardly surprising then that the results will make things appear more biased to the right on Question Time than they may actually be.

[Crowd-sourcing won't counter that problem either if the crow being 'sourced' is predominantly left-leaning].

Still, he's not complaining about the party political representation on Question Time, as he thinks that's balanced. What Jon is bothered by is what he claims is right-wing bias in the programme's choice of non politicians. Has he proven a right-wing bias there?

Here again, there's massive skewing going on in the awarding of points, and this is where all his credibility flies right out of the window! (You'll enjoy this!!)

Let's try out some examples.

On a 1-10 scale from far-left to far-right (Katie Hopkins to Bob Crow) where would you place Socialist Workers Party-type comedian Mark Steel? I would unhesitatingly place him at 10. Where does Jon Bounds put him though? At 8 - just one point away from Labour!

And yet right-wing journalists like Amanda Platell, Quentin Letts, Peter Oborne, Peter Hitchens (etc) get placed at 1 - ie. as far-right as you can go - and lots of centre-right journalists get shoved at 2 [miles away from the centre.]

The whole thing is a nonsense.

And it gets worse. Labour-supporting David Aaronovitch gets a 5 (just right of centre). Labour supporter Nick Hewer is placed as a 2 (alongside UKIP). Socialist Julie Bindel is a  2 too. As is the FT's Gillian Tett, placing her in the UKIP camp - as is Matthew Parris of The Times! [He won't like that].

The whole thing is full of errors and, therefore, worthless. So much for crowd-sourcing!

Jon Bounds is also a comedian and this whole exercise could be a satire on the kind of people who misuse statistics to make a political point about BBC bias. If so, he's done a fine job!

Oh, my nerves are shot tonight. They've never been 'hinted' at before. I'd better put ice on them, and rest.