Newsnight had to apologise again this week.

The apology came at the end of last night's edition of the programme:

"On 7 March the Ten O'Clock News and Newsnight broadcast a report alleging a possible police cover-up over an allegedly corrupt officer, DC John Davidson. The claims should have been put to the Met, an omission for which we apologise. The Met, in fact, says that it did not claim in its evidence to the Ellison Review that there were no records of the officer's links to a separate investigation into the murder of Daniel Morgan and it does not accept that the BBC produced evidence of a possible cover-up. We were wrong to suggest the document showed we demonstrated such a cover-up and we apologise for this."

What else happened this week? Well, here's this week's run-through of the stories Newsnight chose to report, how they framed those stories and who they interviewed. 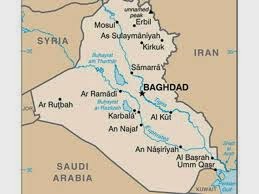 Monday 9/6
1. Trojan Horse affair & government response: "Closer supervision of schools and a requirement that they instill British values. The Education Secretary is trying to appear resolute in his response to keep schools out of the hands of extremists. But the Chief Inspector of Schools says he suggested closer supervision to Michael Gove years ago and got nowhere. The opposition smell blood." Interview with Sir Michael Wilshaw, Chief Inspector of Schools & Tristram Hunt MP (Labour), Shadow Education Secretary.
2. Rape in war: "It so often seems an inevitable part of war but if a gathering in London has its way rape and other sexual violence will no longer be an effect of  war to be mentioned alongside bombs and artillery fire. The Foreign Office is hosting a four-day meeting in London as the culmination of a two-year initiative to see the issue taken much more seriously. It is, everyone recognises, much more easily said than done. Now, before we talk about it, a case study. South Sudan has only existed as a country for three years yet in that time in has suffered terrible violence and both government and rebel forces are accused of sexual violence." Interview with Jody Williams, Nobel Peace Laureate & Hania Moheeb, journalist.
3. Black holes: "They are a mainstay of science fiction, places where gravity is so strong not even light can escape. Einstein established their basis years ago. But suppose black holes don't exist in the way we think. This physicist is proposing something very like that." Interview with Laura Mersini-Houghton, University of Cambridge & Toby Wiseman, Imperial College, London.
4. Rik Mayall's death: "Rik Mayall, the comic voice of the 1980s, has died". Interview with Caitlin.

Tuesday 10/6
1. Iraq: "Islamist insurgents seize one of the biggest cities in Iraq and Washington now declares that they represent a threat to the entire region. Government forces simply fled. Can the administration, for which so many Western soldiers died, hold the line against al-Qaeda's allies?"
2. Trojan Horse affair & government response: "And remember this? The Chief Inspector of Schools unspeaks what he tried to say yesterday." Interview with Baroness Warsi (Conservative), Foreign Office Minister
3. Rape in war: "In the Congo the victims of rape by soldiers get their day in court. We follow the efforts to bring the perpetrators of sexual violence to justice". Interview with Baroness Warsi (Conservative), Foreign Office Minister
4. Release of Bowe Bergdahl: "Officials from the White House, the State Department and the army spent an anxious time today trying to persuade American politicians that the price the country paid for the release of Private Bowe Bergdahl was worthwhile. The U.S. has handed over one member of the Taliban for every year Bergdahl was held captive. As more information has come to light about the deal and more rumours swirl about how Bergdahl came to be captured joy at the soldier's return has been displaced by anxiety at the price paid."
5. Animal welfare & fishing: "And fish. Is this a crime against animals? Do you care whether or not the fish on your plate felt pain as it died?" Interview with Victoria Braithwaite, Professor of Fisheries and Biology, Penn State University & Bertie Armstrong, Chief Executive, Scottish Fishermen's Federation.
6. FIFA corruption: "The 78-year old president of the international football organisation FIFA, Mr Sepp Blatter, had been looking forward to a feast of sport over the next few weeks. Instead, today, he had a bucket of cold water thrown over him by some of the most powerful football organisations among his members." Interview with Mark Pallios, former FA Chief Executive.
[Closing credits: Disney uses formal Arabic translation for Middle East release of a cartoon]

Wednesday 11/6
1. Iraq: "Tonight, Iraq in chaos. Another city seized by insurgents as the national army flees the scene. Why were warnings ignored and what can save the region from more of the same? Was this a problem of intervention or disengagement? As Iraqi rule collapses across a swathe of the north worries grow that Turkey or Iran might want to intervene. The former UN secretary general tells us he warned this would happen". Interviews with Hayder al Khoei, Associate Fellow, Chatham House & Patrick Osgood, Kurdistan Bureau Chief, Iraq Oil Report; then with Sir William Patey, UK Ambassador to Iraq 2005-06 & Dr Kiron Skinner, Pentagon advisor on the Iraq War 2001-07. Finally, interview with Kofi Annan, UN Secretary-General 1997-2006.
2. UK employment & earnings: "Another big rise in employment, another fall in unemployment and jobs appear to be well spread across the country. The bad news is that average earnings growth has again fallen below inflation".
3. EU president: "Desperately Seeking Juncker. We're in search of one of the most talked about men in Europe. No really."
4. Why is the English nation so cynical about its chances of victory in the World Cup?: "Snatching defeat from the jaws of...well, why is the English nation so cynical about its chances of victory in the World Cup? We'll kick about a few ideas." Interview with Matt Forde, comedian & Daniel Finkelstein, football columnist, The Times.
5. World Cup: "Over the next week we'll be bringing you a series of profiles of some of the new important and interesting players at the tournament and we start tonight with Eduardo da Silva...from Croatia".

Thursday 12/6
1. Hillary Clinton: "Hello from New York. The Iraq government's frantic appeal to the United States for military help against the Islamist guerrillas who've captured two of the country's key cities is formally under consideration by the White House, but the former Secretary of State, Hillary Clinton, says the only reasonable answer at this stage is a resounding "no". Tonight we hear at length from Hillary Clinton on why Putin is dangerous, why Scotland ought to stay in the union and whether women would run the world better than men...and, of course, on whether she'll run for the White House herself."  Interview with Hillary Clinton, former U.S. Secretary of State.
2. America's place in the world: "We'll talk about America's place in the world with two people with reason to be concerned". Interview with Joe Klein, columnist, Time magazine & Katie Gage, Deputy Campaign Manager for Mitt Romney 2012.
3. Iraq: "...and we'll hear from the first prime minister of Free Iraq". Report from Mark Urban, then interview with Ayad Allawi, Prime Minister of Iraq 2004-05.
4. Brazil protests & World Cup: "Well, Brazil opened the World Cup with a hard-fought 3-1 victory over Croatia but despite the excitement and razzmatazz there is persistent sign of protest which tooled-up police firing rubber bullets and tear gas can't keep completely to extinguish". Interview with Carla Daudan, YouTube filmmaker. 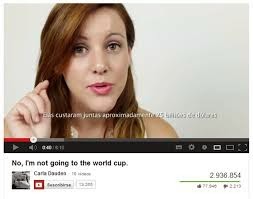 Friday 13/6
1. Iraq: "Has a decade of Western attempts to bring order and democracy to Iraq been undone in just three days? The Iraqi army we paid blood and treasure to build is falling apart and running away. Can Iraq save itself? Did the 2003 war achieve anything of lasting value at all? A decade on is the country on the way to a violent and bloody break-up? Tonight's Newsnight is devoted to the crisis in Iraq". Interview with Paul Wood, BBC World Affairs Correspondent, then joint interview with Liam Fox MP (Conservative), Defence Secretary 2010-11; PJ Crowley, US Assistant Secretary of State 2009-11; Dr Zhuair Al-Naher, UK Representative, Dawa Party of Iraq. Then interview with Roula Khalaf, foreign editor of the Financial Times, followed by joint interview with John McTernan, advisor to Tony Blair 2004-07 & Clare Short, International Development Secretary 1997-2003.
2. Apology: "On 7 March the Ten O'Clock News and Newsnight broadcast a report alleging a possible police cover-up over an allegedly corrupt officer, DC John Davidson. The claims should have been put to the Met, an omission for which we apologise. The Met, in fact, says that it did not claim in its evidence to the Ellison Review that there were no records of the officer's links to a separate investigation into the murder of Daniel Morgan and it does not accept that the BBC produced evidence of a possible cover-up. We were wrong to suggest the document showed we demonstrated such a cover-up and we apologise for this."
[Closing credits: John Motson on Faryd Mondragon, Colombian football player]
Posted by Craig at 08:28