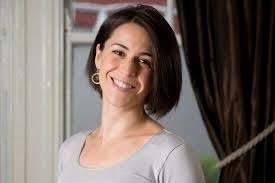 You would have to have a heart of stone not to find yourself warming to parts of Radio 4's morning-hogging Saturday Live.

At the same time you'd also have to have a brain made out of mashed potatoes not to realise that the programme has palpable designs upon us.

Saturday Live is very obviously, actively, seeking to warm the cockles of our hearts.

Similarly, you'd have to be a complete curmudgeon not to be beguiled by its main presenter - the gentle, good-natured, gay, ex-Communard, Anglican vicar, the Rev. Richard Coles - and you'd surely have to be Jeremy Paxman not to be beguiled by the programme's regular 'thingummyjig', JP Devlin - someone who could find a touching human interest story in a discarded kebab (and probably will sometime over the coming weeks).

Today's edition, featuring Tony 'Man and Boy' Parsons as its main guest, included many a good thing that played upon the receptive harp-strings of our hearts - Tony Parsons' memories included.

There was a piece about the carpenter-descendant of King Richard III who is making a coffin for the recently re-discovered car-park-loving Yorkist usurper, the regular 'thank yous' from listeners, the 'Inheritance Tracks' of bee-hive-sporting two-hit-wonder Mari Wilson [remember Just What I Always Wanted?] and pub-landlord-turned-comedian Al Murray's surprisingly personal take on the Imperial War Museum. All interesting.

Yes, Saturday Live has palpable designs on us.

Entirely incidentally I'm sure, we also heard the poetry of a Shropshire schoolgirl - Mia Cunningham. Mia is Shropshire's first 'young poet laureate'. She appeared with her Guardian columnist granddad, Paul. [A Guardian columnist and his granddaughter on the BBC? Bring me my smelling salts!]

Her poem for Saturday Live ran as follows - and, blessedly, I don't even need to transcribe it myself as the Saturday Live website has printed it all for us - in full.

I will admit to being shocked - shocked! - to hear to hear a poem in favour of multiculturalism being broadcast on the BBC - yes, ON THE BBC!!!:

When I talk about Shropshire

When I talk about Shropshire it all comes down to the people,
English, European, Asian, Bajan and Caribbean.
Immigration is part of Shropshire’s cultural dedication
to everyone willing to participate in our landscape’s evolution.

Save our countryside! The Shropshire Hills will stay alive
with the sound of music like Bangra, Reggae, Soul and tribal beats.
Shout it from the rooftops, sing it in the streets.

I’m just a Shropshire Lass... so raise your glass to difference,
Chalk or cheese, birds or bees, come rain or shine,
Make Shropshire yours, I’ve made it mine.

Similarly, I was taken aback to find that Saturday Live had a feature on Glastonbury - the music festival no license fee money is ever spent in funding hundreds of well-heeled BBC employees to party at (at our expense)...oh, my goodness, no!...

....and a feature, no less, about the founder of the first Glastonbury festival - that nice communist composer Rutland Boughton, courtesy of his charming grandson.

Having a sideline in writing about obscure British classical composers, I think I know something Saturday Live doesn't (apparently) - that nice old Rutland rejoined the Communist Party member at the height of High Stalinism [its most anti-Semitic phase] and was more-Stalinist-than-Stalin in denouncing such 'disgraces to music' as Shostakovich and Prokofiev. So call me a traitor to the memory of Stalin and communism, but I'm nowhere near so taken with Rutland Boughton as a human being as his grandson (totally understandably) or Saturday Live (much less understandably).

And..."Aha, poems in favour of multiculturalism, Guardian columnists and features in favour of communists! !! What, them, the BBC, with their reputation?!?"

My favourite bit though came after the 10 o'clock news, when Tony Parsons was asked (by Suzy) whether he was a feminist. He said he was, and that's why he hates the way some women are forced to dress like Darth Vador on British streets. Nice, liberal Suzy very quickly cut across him, seemingly trying to laugh such thoughts away with a light-hearted change of subject. Tony finished his though nonetheless. Nice Rev Richard took a very, very long intake of breath. Tony then mocked the Guardian. Panic appeared to set in and, whoosh, the subject changed faster than Batman and Robin's underpants!