The latest BBC Trust's report into BBC impartiality is out today. Its author is Heather Hancock, ex-civil servant and former chair of the BBC’s rural affairs committee. You can read it in full here.

I suspect you won't be surprised to hear that the report finds that the BBC's coverage is impartial, but there are concerns too.

Here are the main points:

• Overall, the BBC’s coverage of rural areas in the UK is duly impartial. There is no evidence of party political bias, and a wide range of views is aired.

• In controversial stories, the BBC’s approach is impartial and its reporters use language that is fair and neutral.

• In the devolved nations, coverage of rural affairs is strong, with a good spread of interviewees and a nuanced understanding of the issues.

• Network factual programmes which focus on rural matters, such as Countryfile and Farming Today, are very highly regarded and broadcast a wide range of opinions and thoughtful analysis.

• Network factual programmes that travel across the UK, such as Question Time and Any Questions?, air opinions and stories from rural areas that are not otherwise heard at network level.

• In the devolved nations, audiences are appreciative of their own national output and consider the BBC reflects their lives in a way that is authentic and honest.

• The wide spread of voices and opinions that can be heard on some programmes that focus on rural issues is largely absent from network news and current affairs output and from more general network factual programmes.

• Rural news items originating in the English regions will too rarely be perceived as significant enough to be carried at network news level.

• This is a source of frustration for audiences in rural England, while audiences in urban areas in England appear to consider rural issues are not relevant to them.

• Regional sensitivities, for example in the West Country, receive scant attention at network level yet are as significant as those in Northern Ireland, Scotland and Wales.

• Some rural audiences across the UK feel the BBC has both a metropolitan bias and a London bias.

• At network level, a small number of charities and organisations have a disproportionate influence on the coverage of rural affairs.

• News reporting tends to focus on conflict and adopt a binary approach – favouring stories that are about protest. Trustees note that audiences repeatedly say they want to understand more about the underlying story. 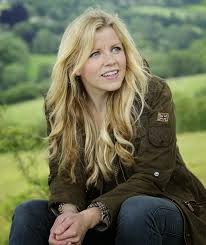 I thought I'd simply list all the bullet points listed by the report itself here, so that you could see for yourselves what the report actually said before all the interested parties started spinning it in one direction or the other.

Now I'm adding a report from Nick Hallett at Breitbart London, published yesterday, for you to compare with that list. Just look at how Nick Hallett spins it all in one direction. He reports only the negative findings of the BBC Trust report and never even so much as hints at any of the positive ones - such as the key finding that the BBC deals with rural affairs in a duly impartial way.

I think this is a classic example of 'selective reporting', and I can't say I approve. It gives Breitbart readers a distorted impression of Heather Hancock's report.

Why would you do that as a reporter? (I think I can guess).


The BBC’s coverage of rural issues has been criticised by its own governing body after it commissioned a report into the organisation's metropolitan bias.
The report reveals that UK's public service broadcaster’s news and current affairs programmes often fail to reflect the wide range of opinions in rural Britain, treating the countryside as little more than a place of leisure.
Led by former civil servant Heather Hancock, the report criticised the BBC’s over-reliance on a few organisations as sources for stories and views, with the Royal Society for the Protection of Birds (RSPB) being singled out as the most used organisation.
Ms Hancock writes: “It is inappropriate for [the RSPB] to have been the unprompted first response for all but three of the BBC programme makers or journalists to whom I spoke. There are many other bird and wildlife charities: the British Trust for Ornithology, for example, did not feature as a source in any of the material we reviewed.”
She also writes that BBC journalists are often not sufficiently wary of the underlying agendas of such organisations. “the RSPB is both a source of expertise and a campaigning organisation and the BBC must be mindful that such bodies seek and benefit from publicity to build support and finance to their cause.
“This demands due challenge by BBC journalists, and a perceived lack of push-back or questioning has been very much noted by other organisations who want to contribute to the BBC on rural affairs.”
The corporation is also criticised for focussing {sic} too much on environmental subjects, with social and economic stories under-reported. The report says the BBC too often seeks to include celebrities in rural news stories.
Also criticised is the corporation’s reporting of country sports, such as hunting and shooting, which it calls “an area of tension and deep conviction”. The BBC is wrong to take a “binary” approach to these issues, giving undue emphasis to stories of conflict, Ms Hancock writes. It should instead do more to explain the facts behind the debates.
One insider told the Times: “One of the main points in the report is that the BBC does not seem to respect the experience of the wider population of England. In Wales and Scotland the BBC’s current affairs is much more satisfactory. It’s in England where the metropolitan bias starts to creep in.
“It feels like the BBC is looking from London into the countryside as a place of entertainment and leisure, and not at the wider social and economic diversity present in rural areas.”