The Pollyanna of the MCB 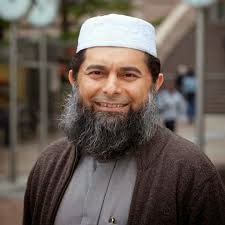 Using the blurb on the Sunday website, here's what was on the menu on this week's Sunday, hosted by Edward Stourton:

- It's been more than ten years since the launch of the Street Pastors. Trevor Barnes has been out on a night patrol in Brixton with the founder of the movement - Rev Les Isaac.

- The stoning of a pregnant woman outside a court in Lahore this week has led to renewed concerns about the passive acceptance of this extreme action in Pakistan. Shaykh Ibrahim Mogra explains the religious law that allows stoning.

- This week the Church of England announced three pilot schemes in an attempt to 'compete' Wonga out of business. Kevin Bocquet visits a scheme at St Andrews Church in Liverpool and asks can the church really be a serious competitor?

- Lord Falconer's Assisted Dying Bill will have its first reading in the House of Lords on the 5th June. Rabbi Jonathan Romain and Peter Williams, Executive Officer Right to Life, discuss.

- Three new musical settings of the "Stabat Mater" - the 13th Century Catholic hymn reflecting on Mary's suffering at the crucifixion - are about to receive their world premiere. We speak to the man who commissioned them: John Studzinski.

- Edward talks, to Gabriel Wani, the brother in law of Meriam Yahia Ibrahim, jailed for apostasy in Sudan, and asks, how she is coping following the birth of her daughter in jail this week.

I've not got much to say about any of this, other than to note that Sunday's 'Wonga' fixation continues unabated and that the 'assisted dying' discussion was balanced - though Ed Stourton did ask the anti-'assisted dying' guy from Catholic Voices to admit that he was "on the wrong side of history".

The interview with Shaykh Ibrahim Mogra, however, calls for more attention though.

Shaykh Mogra is one of Sunday's go-to 'Muslim Community spokesmen'. Sue calls him "the BBC’s favourite kindly moderate Muslim" and "the Pollyanna of the MCB".

The Sunday blurb promised that he would "explain the religious law that allows stoning". Of course, being Shaykh Mogra, he did no such thing. He tried to explain it away instead.

Such practices are "unIslamic", he said. "This has nothing to do with Islam whatsoever", he reiterated before citing Mohammed telling his followers to "treat women well". He blamed it instead on "patriarchal societies", "religious misinterpretation" and "pure ignorance". "The Koran calls on us to respect human life", he continued.

Now, Ed Stourton did ask him about sharia law and the sharia principles often cited as justifications for such extreme acts of punishment. "This incident has no relation with those concepts", asserted Shaykh Mogra.

Ed then asked him about the lack of denunciations for this barbarity from Islamic scholars in Pakistan. The Pollyanna of the MCB said, oh no, Pakistan's Islamic scholars are just as disgusted as he is about it. It must be the media's fault for not reporting them. Oh, and such crimes against women go on in India and in Britain too.

Ed did ask him some good questions but he didn't press him anywhere near hard enough. Indeed, Ed's showed something of a passive acceptance for his slippery, Pollyannaish answers.
Posted by Craig at 08:32