"His desire to ban all Muslims from the United States" 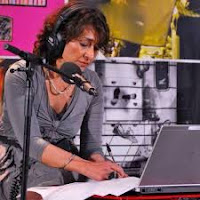 I had the World Service on while off work on Thursday afternoon and, half-listening, thought I heard the BBC's Razia Iqbal say something untrue.

I've found the programme again now, and the question I heard began at 36:34:

Mansoor Shams, you are a former US marine so you have been embedded in an establishment institution in the United States. I wonder what your perception then has been of the major shifts in the political campaigning. I'm thinking specifically, of course, of Donald Trump who is seeking the presidential nomination for the Republican Party and his desire to ban all Muslims from the United States.

"His desire to ban all Muslims from the United States?" Really?

I suppose, listening back, that she'd probably just phrased her question badly there rather than actually attempting to suggest that Mr Trump wanted all Muslim already in the United States to be sent packing (as her form of words could easily be taken as meaning). Or, at least, I hope that's what she did.

In other words, she probably meant to say, "his desire to ban all Muslims from entering the United States" (...though if she did, she should also have added the second part of his statement saying "until our country's representatives can figure out what is going on").

It was a very sloppy - and potentially inflammatory - use of language though from Razia Iqbal there, wasn't it? (Unless it was deliberate or simply ignorant).

It was typical of the BBC though that this question came during a discussion to mark the anniversary of the Charlie Hebdo attacks in Paris that focused exclusively on the feelings of Muslims; specifically the question of the extent to which the lives of ordinary Muslims have changed as a result of having the finger of suspicion pointed at them so regularly.

Razia talked to a graduate from Paris, a former US marine and business owner from Baltimore and a London psychologist, all Muslims.

The latter, who wears a headscarf, now feels more "unsure" and "unsafe" because of the "rhetoric" she hears questioning Islam's compatibility with Western life. The French lady said the "daily discrimination" has "gone mad". The US gentleman said Muslim women he knows have have "very frightening experiences" since "this rhetoric" began. The British lady thinks about her safety walking home now. The French lady said she's "angry" at being made to feel as if she's always the immigrant, "not French enough". The US gentleman joked about Donald Trump but said "the talk is definitely effecting people". His mum worried about him getting through immigration control after his recent trip to Saudi Arabia. The French lady talked of "systemic racist policies" in her country. The US gentlemen said that Trump showed that "racism, bigotry and hatred" is part of the Republican debate now. He feels "stressed out" and worried for his family. The British lady, however, thinks plenty of people see Muslims as Britons first and foremost, as human beings, that there are people who will fight for you and with you, and she finds that "enormously heartening".
Posted by Craig at 20:02