One side fits all 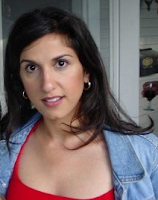 My first encounter with BBC News this year came with the first The World Tonight of 2016.

Its first segment dealt with the latest murderous gun attack in Israel - an attack by an Arab-Israeli on a Tel Aviv bar.

Disconcertingly, the programme then moved straight on to another Israel story - one bashing the Israeli government's "controversial" decision to ban a prize-winning novel depicting a love affair between an Israeli woman and a Palestinian man from the country's high school curriculum.

So, Day One of 2016 and The World Tonight is already heaping criticism onto the Israeli government - less than ten minutes into its first programme of the year!

Is it starting as it means to go on?

The presenter (twice) noted the sarcastic criticisms of the decision made by left-wing Israeli novelist Amos Oz; played a clip of the aggrieved author Dorit Rabinyan condemning the "extremists" in her country's "regime"; and then interviewed left-wing Israeli journalist Bradley Burston from Ha'aretz.com, who talked of the "extreme", far-right elements within the Israeli government and called it "a blow against democracy" in Israel.

No attempt was made to give the other side of the story. Everything was filtered through the perspective of the decision's strongest critics.

Shouldn't some attempt have been made to let Radio 4's listeners hear - however briefly - the other side's justification - in their own words - for their seemingly disturbing actions?
Posted by Craig at 15:07