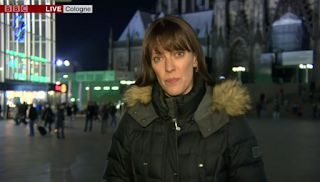 Nothing shows the crazy world we're living in than the official response to the waves of sex attacks in German cities on New Year's Eve by 'Arab and North African' gangs. It was as if the German authorities were re-playing, on fast forward, everything that happened in slow motion in places like Rotherham, Rochdale, Oxford and other British towns and cities, and for exactly the same reasons.

As for the behaviour of the media: At first they told us nothing. Then, after social media sites and Breitbart began reporting what had happened, they began reporting it - four to five days after it had happened. (One German TV station at least had the decency to apologise for failing to report it earlier.)

They then appeared to play catch-up whilst still seeming to try to cling to the hope that the 'Arab and North African' men weren't recent asylum seekers/refugees.

BBC reports, for a day or two, all stressed (without questioning or further investigation) statements from German officials saying that there was no evidence of such a link, just as they used to do when the issue of race or religion (specifically the religion of Islam) arose in the wake of Rotherham, Rochdale, Oxford, etc. They also cited commenters calling for people not to jump to conclusions. Their  main online report on the story on 5th January did cite one policeman saying that eight detained suspects were asylum seekers but that was in paragraph 25/27 of the article (for some reason) and the following paragraph 26 then tried to counter it by repeating official cautioning comments.

The BBC's main online 'explainer' piece by Jasmine Coleman on 6th January waited 9 paragraphs before mentioning that the young men were 'of North African or Arab appearance', focusing initially instead on the area of Cologne's notoriety as a crime hotspot. Some 13 paragraphs later she returned to the question of the perpetrators saying that anti-immigration campaigners had "seized on" the incident and that some had criticised the media before quoting a German official cautioning against making the link to refugees and, in a very strong echo of the BBC's coverage of Rotherham, Rochdale et al, then cited one expert:

Meanwhile experts stress that sexual violence is an issue for people of all ethnic origins.

Figures show the majority of people carrying out sex attacks in Germany do not come from an immigrant background. In two-thirds of cases, the perpetrator is known to the victim, Ms Kopetzky says.

As with the UK's problem with grooming gangs, such points miss the point. They ignore the specific nature of the crimes and they 'forget' about considering the statistics proportionally. Yes, most sex attacks in the UK and Germany are carried out by non-immigrant people and most perpetrators are known to the victims, but the UK is well over 80% non-immigrant yet the vast majority of those convicted of being part of paedophile grooming gang members were from an immigrant, Muslim background - i.e. a vastly disproportionate number - and they targeted non-immigrant (ie white) children, just as the mob in Germany targeted non-immigrant (ie white) women.

Then came the news that the bulk of those arrested so far have indeed been asylum seekers. and the news that four young, male Syrian refugees had gang-raped two girls aged 14 and 15 in a small southern German town. The BBC's main online article reporting this on 8th January was unusually forthcoming (though the ages of the girls wasn't given, only being mentioned in a later, separate article):

Germany must contemplate deporting foreigners convicted of crimes following the Cologne sex attacks, Chancellor Angela Merkel says.
She said "clear signals" had to be sent to those not prepared to abide by German law.
Gangs of men described as of North African and Arab appearance were reported to be behind the attacks.
Police also received reports of sexual attacks in cities in Finland, Austria and Switzerland on New Year's Eve.
Meanwhile, four young Syrians are being held over the suspected gang rape of two teenage girls in the southern German town of Weil am Rhein on the same night, according to German media.

Last night's News at Six on BBC also had Jenny Hill saying as much, albeit tentatively:

The authorities now admit that some of the men who attacked [the women] may have been asylum seekers.

Her report marked something of a step backwards. She featured a Yazidi refugee from Iraq "who [she said] fears reprisals", adding that "anti-refugee violence is already on the increase". He denounced the perpetrators as newly-arrived and not representative of other refugees like him (which in his case, being a Yazidi, is likely to be true at least, most of the rest being Muslim). She then featured two young German woman as vox pops (both of whom looked, unless my eyes deceived me, as if they might also come from an immigrant background): 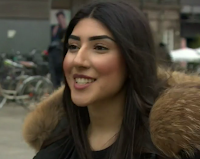 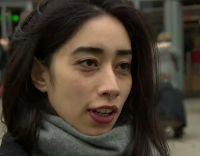 ...both of whom downplayed the dangers, saying if you were careful, had "a trusting heart" and "saw these as single incidences" you should be OK - prompting the obvious question: Were they representative? Or were they simply the ones saying what the BBC reporter wanted to hear?

Those are just some initial impressions on the BBC's reporting in recent days. Do they match yours, or not?
Posted by Craig at 09:01