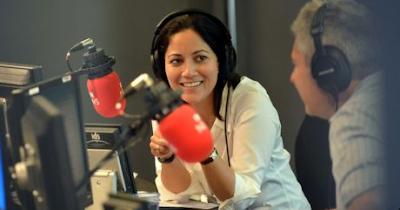 The latest News-watch study, examining in detail a week's worth of the Today programme, is now out and well worth reading.

Its specific focus is that programme's coverage of the triggering of Article 50 at the end of March. It found that:

....only eight (6.5%) of the 124 speakers who appeared over the six editions were given the space to make substantive arguments that the future for the UK outside the EU would yield significant benefits.

It also lays out considerable evidence that the programme's presenters and reporters exacerbated the bias - specifically the mood of Brexit-related gloom - by (a) heavily focusing on potential and existing problems and (b) by interviewing Brexit supporters in a much more challenging way than Brexit opponents.

And the BBC's Chris Morris's 'fact-checking' evidently left a lot to be desired too (something that probably won't surprise regular readers of this blog).

None of this will greatly shock any of us, of course, but the starkness of the bias remains dramatic and it may well startle some who aren't 'any of us'. Plus it will give more valuable ammunition to those with influence to fire in the BBC's direction.

The Daily Express has an article about it and, needless to say, the BBC spokesman quoted in the Express piece (true to form) merely waves it all away with a casual swish of his or her (or its) hand, trotting out the extremely tired old line that the BBC is impartial because, well, because it just is and because the BBC says it is....and because "the public trusts the BBC" (which isn't exactly what that YouGov poll I cited the other day was saying).

The patience and sheer hard-work of News-watch in chronicling all of this is really quite something.

Plus their survey backs up the impressions I keep getting as I drive to work with Today on, tutting away to myself at whatever one-sided angle the Today reporter (often Dominic O'Connell) is plugging away at, often day in and day out.

Only tracking such things in detail and over time turns suspicions into hard evidence - which is exactly what News-watch has done.
Posted by Craig at 17:52