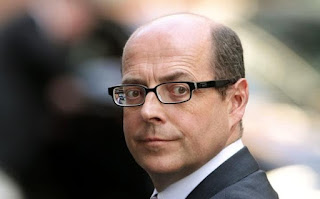 Nick Robinson is miffed, they say, because the BBC is replacing him for their upcoming election coverage with young ladies, namely Steph McGovern and Tina Daheley. I suppose it’s a case of diversity gawn mad.

I have to make a couple of ad hominem comments - well I don’t have to, but I will.

Steph McGovern’s accent is…. I don’t know .… for election coverage at least - an accent too far. And as for Tina Daheley, with whom I’m familiar only because of her occasional news-reading stints on the Andrew Marr show, has found an original way of being annoying.

She seems reluctant to face the camera ‘fully frontal’, so to speak, like a proper newsreader. That is to say, her face is always tilted slightly away from the camera, so the viewer gets a good view of her hair, as in a shampoo advert. This may sound picky, but once you notice it, you can’t un-notice it. Trivial, perhaps, but there it is.