"The bread and butter of the PA and its supporters, particularly in the media, is to portray the Palestinians as victims of unjust aggression and discrimination from Israel. This narrative would be jeopardized if the international community learned that Palestinians are themselves persecuting fellow Palestinians — solely on account of religion.

It’s not reported in the Palestinian media? Nor is it reported in the British media.
Meanwhile, the BBC is busy promoting Banksy’s annual Christmas stunt, which has been elevated to the main news bulletins.  The website even shoehorns the year-before-last's promotional video about Banksy's elaborate agitprop project - the repulsive 'walled-off hotel', into the 'report'. 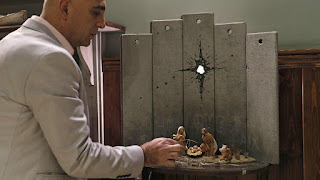 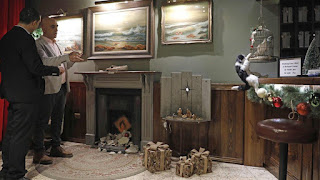 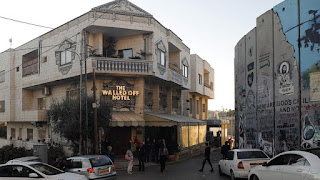 The BBC acts as if nothing has changed. It’s high time Boris’s new-fangled government appointed someone like David Collier - or actually David Collier - to apply his expertise and tenacity to the BBC’s antisemitic bent. Taking Collier's forensic study of Amnesty International as the operational model would be a start.  When staff recruitment comes solely from a single source, there's bound to be trouble.

It seems the Balen report will never see the light of day; it must be obsolete by now. The Labour Party’s overt antisemitism played a part in its own downfall. The BBC should heed the warning and start watching points.
Posted by sue at 11:53