To be honest, when I first listened to Azeem Rafiq’s testimony concerning the race-themed banter he was subjected to during his time with Yorkshire County Cricket  I confess I viewed it all with a certain amount of cynicism, which some might put down to my inherent Islaomphobia  - although it could also be seen as healthy scepticism. The fact is, I just wanted someone to ask him, “and by the way, how do you feel about Jews?” So when the incriminating ‘Jew-themed’ text messages came to light my immediate thought was ‘surprise surprise’.

People have picked all this up and kind of run with it. Rafiq has been dismissed as a racist and a hypocrite and now a potential ‘pedo’ and the suggestion has been bandied about that he has orchestrated this whole thing for the pay-off, in order to settle gambling debts.

Here’s what I think - (in a Jeremy Clarkson voice) 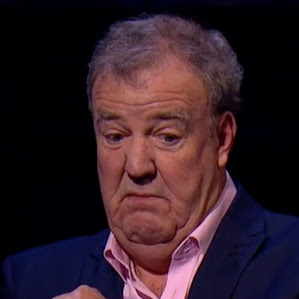 I’m thinking that it’s not Azeem Rafiq we should be worrying about at all. Nor is it cricket. Or any other sport (what was that about those golf clubs that wouldn’t admit Jews till about a week ago?)

No, the problem is with the antisemitism that is inherent in Islam and which runs through the Muslim community. Also, the antisemitism that is rampant in the political left, and let’s face it, in the BBC. Yes, it can be subtle and yes, it can be disguised. Bias by omission in particular. The disgraceful one-sided reporting of the Israeli-Palestinian conflict. The antisemitic rhetoric that pours out from the Palestinian Authority - never mind Hamas - is nowhere to be seen on the BBC. Is it?

I listened to an interview with Rafiq on a Jewish News podcast thingy, and although the interview omitted half the questions I felt needed to be asked, I was persuaded that his contrition was genuine. And I’m glad his apology was accepted by Jewish organisations because on the whole, it ameliorates some of the more toxic -shall we call them “everyday” divisions  - between Jews and Muslims,  and it kind of deflects potential aggressive/defensive responses from the “Muslim community”. Bats them away if you like.

So as far as I can see, Tim Davie has a lot of work to do. Let’s see how the BBC approaches the government’s long-overdue proposal to proscribe Hamas. Will the BBC campaign for it or agin it?