Of gut reactions and BBC narratives 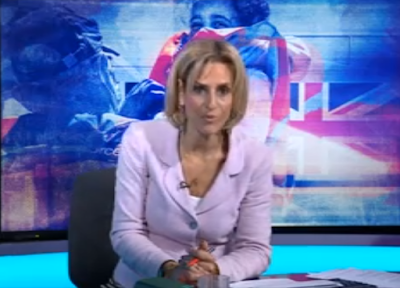 If you're worried about thousands upon thousands upon thousands of largely adult male migrants from the Middle East and Africa arriving illegally on our English Channel shores and then melting, unchecked, into the Home Counties  - especially given recent terrorist attacks by such people - and if you think that a population rise of around 10 million people in just 20 years in a small country isn't necessarily a good thing, then the BBC's chief propagandist on the immigration question, Mark Easton, was there - as ever - to waive away all your worries yesterday.
To sum him up: It's not a big deal. The government's pandering to pro-Brexit sentiment over the issue. And what problems exist are because of Brexit. And there's nothing we can legally do to stop the poor migrants in their dinghies. And, shush, don't even mention concerns about terrorism. And please think of the migrant children.
And where the canny Mark Easton led, Newsnight followed last night.
Emily Maitlis's latest monologue contrasted the ''hard numbers'' [that ''net migration to the UK is actually down. More people are leaving than coming into the country, in other words. The UK currently takes far fewer asylum seekers than many of our European neighbours''] with people's ''perception''.
And in the following report Ben Chu continued that theme and followed the Mark Easton line almost to the letter, and warned us against our ''gut reaction'' on seeing ''images of cross-Channel migrant crossings''.
''A closer look at the numbers suggests there's more complexity to this subject - and, indeed, the wider immigration debate - than a gut feeling might lead us to believe'', he said, arguing that ''in the scheme of things'' those poor migrants crossing the Channel aren't a ''big'' problem.
To sum him up: Everything's hunky-dory as far as numbers go, with no population explosion whatsoever, we've not taken in many asylum seekers compared to other countries, and UK businesses are crying out for more migrants.
The propaganda from the BBC is massively ramping up again, and I'm guessing the Mark Easton/Newsnight tag-team - all saying the same thing, all spinning the same narrative - were just the tip of the iceberg as far as the BBC's output goes.
The hope remains, of course, that most of the public will see through it all - though whether they should be made to fund it is another matter entirely.
Posted by Craig at 17:27