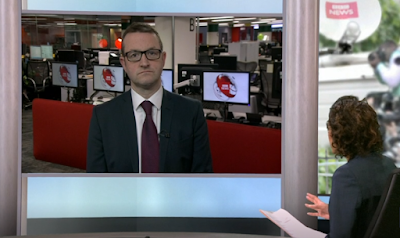 Watching this week's Newswatch with Samira Ahmed was a strange experience.
The concerns discussed included whether the BBC should have broadcast in full the racist language cricketer Azeem Rafiq experienced, and Samira danced on a pin about that with Jamie Angus, Senior Controller of News Output and Commissioning.
Azeem's evidently still a hero for the Newswatch crowd. Samira called his parliamentary testimony 'harrowing' and didn't mention Azeem's own antisemitic/anti-black African gibes.
And then the programme moved onto whether it was right to show repeatedly the moment of death of the Liverpool bomber. Some BBC viewers felt that showing the footage was disrespectful to the dead bomber. Yes, seriously.
But, saints be praised, a measure of reassuring normality came from the BBC boss present. Jamie Angus came very near to saying what we've joked for years that all BBC bosses on Newswatch always say [a joke with far more than a grain of truth]: 'We think we got it about right'.
Jamie said:

I think broadly we reached the right decision.