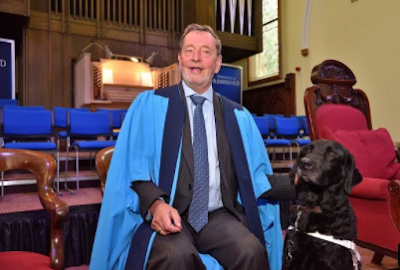 ‘Right-on’ Radio 4 is a turn-off, complains Blunkett runs a headline in today's Sunday Times.
Though as a BBC supporter, the former Labour home secretary David Blunkett wants BBC Radio 4 to “stop taking its core audience for granted”.
He also argues that it's “playing into the hands of its critics by becoming almost the caricature its opponents think it is”. He says it's “not adapting and becoming less metropolitan” but “playing up to that perception.”
He also claims “there’s too much focus on what its contributors and presenters are doing, rather than on being informative” and asks that the station should “think about what matters in the wider sphere” - eg. that Today should cover a wider range of subjects.
As for Radio 4’s dramas he says, “I fear that good, easy-listening drama that doesn’t have to lecture us or ensure we are ‘right-on’ has gone for some time. Misery and a constant reference to identity politics are not what people want.”
And The Food Programme, he says, has “lost its connection with the ordinary cook” by focusing on the “interests of those making the programme, rather than those of the wider public.”
He blames complacency, saying of Radio 4's producers. “They think they have a captive audience”.
I agree with Lord Blunkett.
Posted by Craig at 06:28