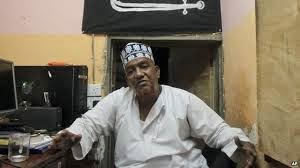 There was a report on last night's Newsnight from the BBC's Gabriel Gatehouse concerning allegations of extra-judicial killings being carried about by the Kenyan anti-terror police unit, ATPU, against suspected Islamic terrorists - one of whom, Makaburi, was killed last week.

He had shown Gabriel Gatehouse around Mombasa only last year, laughing with him about the allegation that he was a terrorist.

The report made the case against the Kenyan security agency before Gabriel Gatehouse challenged the appropriate government minister. British funding for the Kenyan agency was also questioned.

It was a rather one-sided report. Gabriel Gatehouse mentioned, in passing, that "There's no doubt that Kenya has a problem with terrorism", but that was pretty much the only concession to the other side of the argument.

Indeed, the most remarkable feature of this one-sided report was that Gabriel Gatehouse chose not to even mention the massacre that took place in Nairobi's Westgate shopping mall only last September, nor Makaburi's justification of the attack - something I find truly astonishing, even for a BBC report.

The Kenyan authorities' crackdown on suspected Islamic terrorists surely needs to be set in the context of that horrific massacre.

I'm at a loss to know what Gabriel Gatehouse was up to here.
Posted by Craig at 15:03