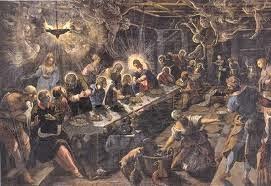 Well, this week's edition of Lent Talks was little more than a political speech.

It was from Labour's Lord Adonis, arguing that our present system of democracy is a good thing but that young adults need to be involved in it from an early age by voting at school, changing voting registration procedures and lowering the voting age to 16. [He also sneaked in a little dig at the coalition government for good measure]. Oh, and Jesus.

Last week's one was very political too, with Telegraph reviewer Nicholas Shakespeare relating the Easter story to the those struggling against brutal right-wing dictatorships in Latin America.

Next week it's feminist, myth-weaving novelist Marina Warner. I can hardly wait. And then 'left evangelist' and Obama advisor Jim Wallis.

All of which calls for a list, of course.

Who's been on Lent Talks over the years?

Despite the occasional Tory MP and Christian apologist, it's as good a demonstration of BBC Radio 4's general left-liberal bias as it's possible to get - though the severe bias of the first few series has slackened somewhat.