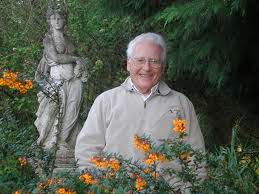 I think, you know, when Justin and I and the programme team discussed that interview, we thought we'd allowed it to drift too much into a straight yes/no argument about the science. And, of course, the settled view of the expert scientists is just that: Settled.

Some agree and some disagree about whether the science really is settled but, even if it is, the public debate about it sure as heck isn't. Hence the disagreement.

As examples of that, take environmentalist George Monbiot and scientist Joanna Haigh:

I slightly object to the use of the word 'sceptic' because there's absolutely nothing wrong with being sceptical. All good scientists are sceptical, so I tend to to refer to those people you mean as 'climate change deniers' because they deny it's happening and choose various reasons.
[Joanna Haigh, The Life Scientific]

Both George Monbiot and Joanna Haigh will be on this morning's Start the Week - a special edition centred around the creator of the Gaia Hypothesis, James Lovelock. I'm betting the insult 'denial/denier' puts in an appearance at some stage.

In an interview with The Guardian's Stephen Moss, James Lovelock takes on this kind of attitude:

Lovelock's new book is likely to be claimed by both sides in the climate change debate. He has pulled back from the alarmist predictions of The Revenge of Gaia, published in 2006, and now says the rate of global warming is slower than he anticipated. "I was a little too certain in that book," he admits. "You just can't tell what's going to happen." He says the oceans store most of the heat from the sun, tempering the impact on the atmosphere, and our lack of understanding of the likely effects of the warming of the oceans makes it very difficult to predict the long-term impact. "It could be terrible within a few years, though that's very unlikely, or it could be hundreds of years before the climate becomes unbearable."

Won't this give succour to climate change deniers? "It's just as silly to be a denier as it is to be a believer," he says. "You can't be certain." He says climate change scientists should adopt the same level of statistical stringency as exists in medicine. So we need to take the politics out of climate science? "Oh sure, but we're tribal animals. We can't help being political."

Lovelock sees environmentalism today as a form of what he calls "urban politics". "It's become a religion," he says, "and religions don't worry too much about facts."

This morning's Start the Week should be quite lively then.
Posted by Craig at 08:17