The biggest, baddest corporation on earth? (No, not the BBC) 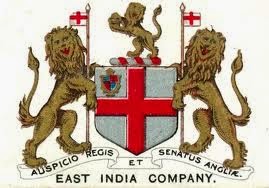 The short but interesting British East India Company discussion on last night's Newsnight was prompted by the commissioning of a major new BBC drama.

"It was the equivalent of the CIA, the NSA and the biggest, baddest multinational corporation on earth, all rolled into one self-righteous, religiously-motivated monolith." That's the writer Steven Knight's take on the East India Company and the subject of his major new drama the BBC has commissioned to be produced by Sir Ridley Scott.

Ridley Scott himself has said, "This is a period in British history where the rising power of the Empire seeped into every dark corner."

It rather looks as if the East India Company - and the nascent British Empire - is going to be painted in the biggest, baddest colours by this new BBC-commissioned drama - and I doubt anyone will be surprised at that!

At least the Newsnight discussion contained light and shade (despite Emily Maitlis's pushing of the dark side).
Posted by Craig at 10:03