5:00 am: Before going to bed last night I had a little glance at the BBC News website's report on the outcome of the Israeli election: 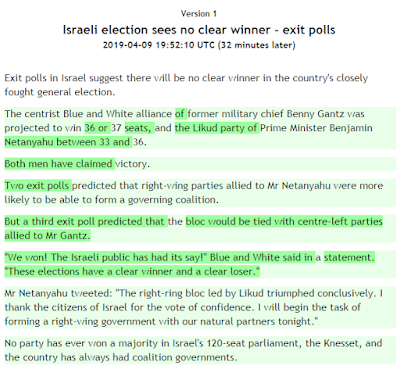 I smiled at how the piece went for just one exit poll to give the numbers, whereas the other exit polls (whose numbers were not quoted) looked better for Likud.

One hour later the BBC News website was still sticking with... 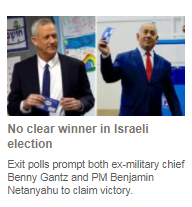 ...and with that same exit poll projection.

Anyhow, while we're waiting for the final results, here's a BBC expert with his hot take: 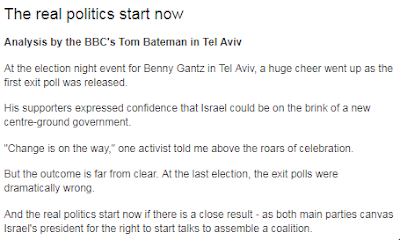 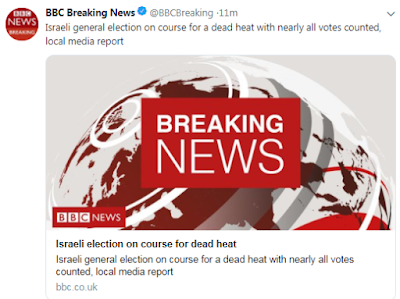 This couldn’t be a less accurate headline nor could it display how little the BBC understand Israeli politics and the electoral system. The ‘winner’ is the leader of the party that will command a majority in the Knesset (parliament), and that’s Netanyahu by quite a margin. 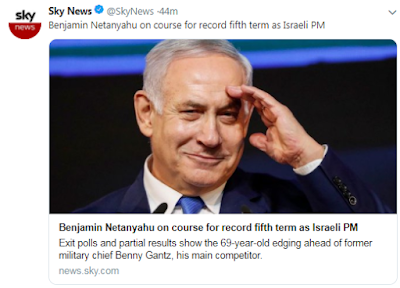 The BBC, as of an update one minute ago, is sticking with: 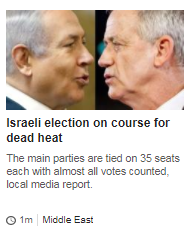 6:35 am: Well, this popped up three minutes. So, yes, the BBC got there eventually! 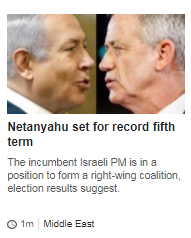 And Newsniffer tracks the last couple of hours headline changes: