Not a priority for the BBC

In leading into his paper review this morning Andrew Marr talked of "a growing fear in Fleet Street that we are on the edge of a Corbyn-led labour government" and described the The Sunday Times as "going flat out for Corbyn" with its antisemitism story, and then, turning to the Mail on Sunday, said, "And look at this...an eight-page pullout, 'How to protect your cash from Corbyn'. The Labour antisemitism story didn't feature during the paper review proper, not did Andrew ask Rebecca Long-Bailey even a single question about it. The story, however huge it may be, just isn't a priority for the BBC at the moment.

Update: As of 1:30 pm, this was the second story on the Sky News website: 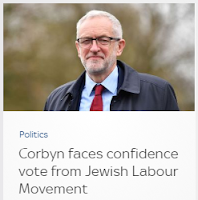 The ITV News website has this as its fourth story: 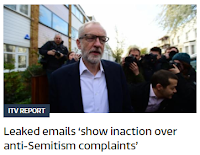 The BBC News website is, of course, still not covering it (not even on its Politics page). This, however, has been one of the top stories for the BBC all day: 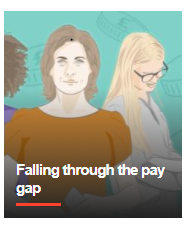 Update (13:46): Well, it's finally arrived. The BBC News website does now have a story. It was published six minutes ago: 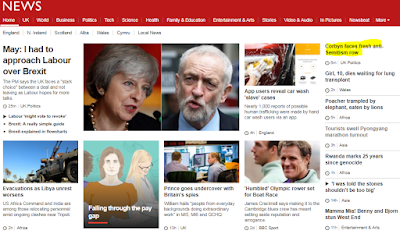 Update (13:56): And already the Corbynistas are piling onto the BBC's Twitter feeds to condemn the BBC for reporting the story (complaints from both sides)!: