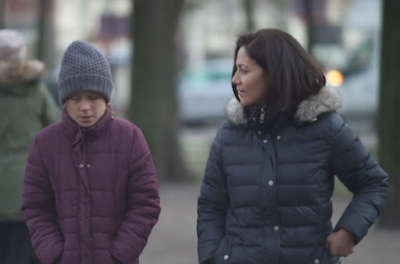 The Times continues to be in hot pursuit of "moonlighting" BBC figures.

Today they are pointing the finger of accusation at Mishal Husain for taking part in "at least ten private events" organised by the Norwegian gas and oil industry.

(I know, 'The Norwegian gas and oil industry' and 'Mishal Husain' aren't phrases I'd have naturally placed together either!)

According to the paper, environmentalists are complaining that by "profiteering from polluters" she's risking "the BBC's reputation for impartiality", with someone from Extinction Rebellion adding, "This is yet another uncomfortable example of the insidious relationship between fossil fuel companies and the media."

The Times adds, however, "There is no suggestion that Husain breached BBC guidelines."

Indeed. Lots of BBC presenters and journalists moderate at / speak at all manner of conferences, from Evan Davis to Martin Croxall, from John Simpson to Emily Maitlis, Yolande Knell to Mark Urban, etcetera, etcetera, etcetera. (Roger Harrabin, the BBC's environment analyst, for instance, has been doing so for some thirty years now.) They are fully entitled to do so.

So what's the paper's beef with Mishal Husain?:

...However, her willingness to accept money from an industry under fire for its environmental impact raises questions about the potential conflict of interest. She is frequently required to cover climate change on the Today programme and was sent to Sweden in December to interview Greta Thunberg.

Hmm, but surely the problem won't arise unless her coverage of climate change on the Today programme turns out to be demonstrably pro-fossil fuels. (Has it been?). Her interview with Greta Thunberg, for one, didn't strike me as being even remotely unsympathetic and she didn't slyly argue for fossil fuels once during it.

In fact, I'm much more worried about "the BBC's reputation for impartiality" when the BBC's Newsnight broadcast an investigative report in partnership with Greenpeace. That struck me as genuinely problematic.
Posted by Craig at 08:00