We should have known better

“How do you balance the rights of people convicted of Islamist terrorism with the rights of us all to walk safely on the streets?

“The balance at the moment to most people feels wrong and the government is proposing emergency legislation including extending the sentences of people currently in prison rather than applying those rules only to those convicted in the future. Lady Chakrabarti is on the line.  Baroness Chakrabarti is the shadow attorney general. Good morning.”

I won't transcribe the rest of the interview verbatim because lengthy transcripts can be a bit meh, and anyway Shami is a hesitant, stuttering, stammering nightmare for a verbatim transcriber. Justin suggests that the new legislation will mean indefinite detention for future jihadis convicted of terrorism.

Baroness Chakrabarti says she isn’t quite sure but she doesn’t think that is what they're saying.

“I may of, I may of - misunderstood…..”I might be wrong about that, forgive me  …“my understanding is that  the government is saying that automatic early release should be replaced with discretionary release in the hands of the parole board…..”This seems quite sensible to me”

It’s her hesitancy that I’d like to get across, because to my jaded ears all this hesitancy and stuttering sounds like gratuitous ‘even-handedness’. As if she’s trying to be fair to the Islamists and Jihadis in a weird attempt to look ‘not right-wing’.

What is this? Don’t tell me Shami “forgive me” Chakrabarti is afraid of appearing Islamophobic to the hard-lefty Momentomistas? She continues with something like this:

“I think, I think that we need to understand, that what we call Terror Offences could be a very wide range of offences, staring with um, um putting a few pounds in a collection box for an organisation that you say you thought was charitable but actually, um, was thought by others to be a, a, a terrorist organisation overseas, it could include, again at a lower end, accessing materials, um, that are literature, for example. Then of course, you get into offences that are preparing for a-a-a substantive acts of violence and terrorism all the way into um being actively involved in a plot -  it’s a broad range of offences; there are also people who may be a danger who’ve been convicted of things that aren’t even terror offences, but are thought of as, as, as a risk, and there are and there are people who are not even convicted of anything…

“So you're saying that…” interjects Justin.

“…..potentially unjust but also difficult, difficult to do,”

she continues, and she goes on to explain how overcrowded our prisons are and how people get radicalised while they’re inside.

Of course, she’s right about the government’s sabre-rattling, all talk and no ‘do’ approach, and the fact is that our prisons are in a sorry state. (Overcrowded, underfunded and worst of all run by violent Islamist inmates who intimidate prisoners and staff alike - even some of the prison imams are terrified of them.)

However, I’m going to say that at the heart of our current problems is Islamisation in general. It’s like the innate problem with nice stuff. Everyone wants a bit of it, but in the process of acquiring it, it ceases to be nice. It’s like tourism, ruining the very paradise that makes people want to go there. That’s Britain, that is. A country that used to be known for tolerance and prosperity, but its popularity as a destination is the very cause of its downfall. In the true spirit of ‘you don’t know what you’ve got till it’s gone’ we shouldn’t have imported so many Muslims all in one go. We should have known that the choice was to absorb or to be absorbed. We seem to have chosen the latter. Oh woe.

This brings me to Melanie Phillips. Recently Melanie Phillips got herself into trouble for writing an article that failed to exonerate ‘moderate Muslims’ enough to avoid falling foul of the knee-jerk McCarthyite witch-hunters who constantly lie in wait to catch out and condemn unwary Islamophobes with their pants down. Woe betides anyone who carelessly commits Islamophobia.

In today's article by Melanie Phillips in The Times:  Britain is losing the fight against extremism The authorities are wrong to think that the power of reason is enough to rehabilitate fanatics she shows signs that ‘lessons have been learned.’

The following ‘terms and conditions’ type paragraph from the piece that I’ve reproduced below is a little longer than the one-line qualifier she included in her earlier piece, (Of course, true prejudice against Muslims should be condemned, just like prejudice against Hindus, Sikhs or anyone else.) This morning the aforementioned qualifier goes:

“Within the Muslim world there are different interpretations of Islam, some of which are peaceful and apolitical. And it should never be forgotten that Muslims are the most numerous victims of Islamist extremism. In Britain, many are cultural Muslims with scant interest in religion at all. 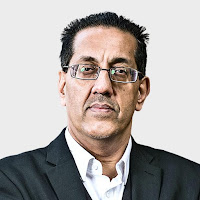 Nevertheless, she still bravely risks being dismissed as a ‘phobe with a fairly hard-hitting piece, although in truth it’s little more ‘phobic than other pieces on the same topic in the same newspaper. Of course, Nazir Afzal can hardly be dismissed as an Islamophobe, can he?  Streatham terror attack: extremists can be deradicalised but it takes resources 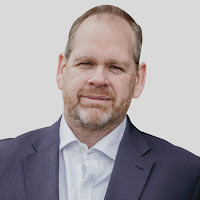 Then, why not take another look at Ian Acheson’s article. London Bridge attack: I told ministers we were treating terrorist prisoners with jaw-dropping naivety. Did they listen? Another villain who’s been banging his head against a brick wall for yonks.

I’m afraid we’re all banging our heads against brick walls.  Or maybe it’s just me. I’ve written about this over and over again. It doesn’t make any difference - this is seriously deja vu all over again. (Have you heard the one about John Reid, as Home Secretary, telling a former Christian prison chaplain to “ ‘eff off”?  The chaplain had organised a personal meeting with Reid to complain about having been hounded out of his post by bullying prison Imams.

“eff off indeed!  Well, I’ve mentioned it on this blog before and you can tell how long ago this happened (around 2006)

So, why do we allow extreme pressure from the left in general (and especially from Baroness Chakrabarti and her ilk, and from all and sundry in the media) to hobble our freedom to say what we think, and to censor us so very egregiously? Perhaps the imaginary (or real) unhinged-and-volatile masses who are always poised, ready and waiting for some tenuous excuse to go-on-the-rampage, is the reason. Or the imminent ‘backlash’ against the Muslim community that somehow never seems to happen. Is that it?

Perhaps these are the obstacles that persuade the most eloquent voices to condemn or to distance themselves from ‘persona non grata’ or ‘non-person’ Tommy Robinson, who knows a thing or two about prisons and radicalisation. After all, they're saying virtually the same things, albeit with different ways of saying them. Melanie Phillips delivers her message with refined and carefully considered language, whereas Tommy Robinson (otherwise known as S Y-L ) drops his ’t’s and gets all het-up and swears a lot. It’s only the swearing that made me think twice about putting his video up rather than linking to it here.
I don’t mind swearing one little bit, but that might be because I’m not as well brought up as you are.

Hmm. You’re not going to de-radicalise anyone by pulling your punches. I don’t know exactly what I mean by that, but I ain’t bothered. I’m saying it anyway. We should have known better.
Posted by sue at 14:21