All Gas and Gaiters 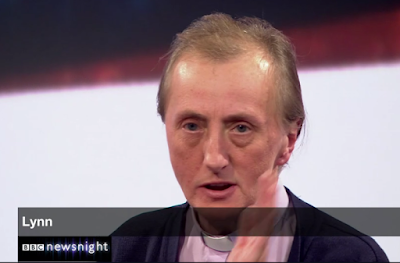 For newcomers to this latest Newsnight 'scandal', here's a summary of what happened:

Earlier this week Newsnight staged a discussion about Mrs May's Brexit deal involving "members of the public", one of whom, 'Reverend Lynn', urged us to “have faith in the government”.

Some viewers, however, smelled a unholy rat and claimed that 'Reverend Lynn' is actually a professional actress called Marina Hayter, who has been an extra in Eastenders and a Star Wars film, as well as playing "Bar Worker, Chemo Patient, Wedding Guest and Fun Fair Attendee" in various other things.

Many started accusing the BBC of deliberately hiring an actress to pretend to be a Brexit-Deal-backing pro-Government pastor on Newsnight.

The BBC, of course, denies this:

Some familiar faces appeared among the conspiracy theorists. Hear the word of the Lord, for example!: 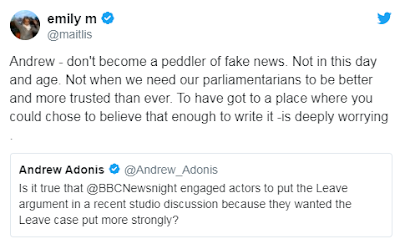 And a little bird tells me that Newsnight editor Esme Wren started twittering too: