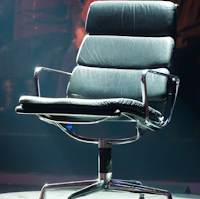 If the BBC can have lots of end of year quizzes then so can Is the BBC biased?.

And for non-regulars passing by, all the answers can be found by reading through every one of our posts on the subject over the past year.

Hope you enjoy it!

1. Which BBC presenter, whose salary rose this year from around £150k threshold to over £220k, put the following point doing an on-air discussion about Brexit?:

"I'm going to say something really unpopular, which is that we keep on talking about, you know, the problem with democracy and the problem with the deficit, but at what point you to say, actually, democracy is not as important as the future economy and stability and prosperity of the country right now?"

2.  Which veteran  BBC presenter and former member of the Bullingdon Club told John Humphrys, "I'm about as posh as you are. I come from Wales, as you do. I'm not posh"?

3. Which long-running BBC programme did Sky's Adam Boulton call a "pantomime horse" with "celeb add-ons" that should be put down?

4. Which BBC presenter was chastised by the BBC's Executive Complaints Unit for "risking misleading audiences" over Israel?

5. Which BBC presenter lost his cool with Baroness Chakrabarti and snapped, "Don't try and patronise me"?

6. Who did Andrew Marr describe, on air,  as "the most prominent and eloquent moderate Tory in the country"?

7. "The House of Saud is built on a sea of oil. Whoever holds the Crown has the key to unimaginable wealth and that has brought the ruling houses of the United States to Riyadh's door time and time again. First, the House of Bush, and now, the House of Trump". Which hat-wearing Newsnight reporter 'forgot' to mention the Clintons and the Obamas there?

8. Whose privacy case against the BBC resulted in a judge describing the BBC's Head of Newsgathering as "overly guarded" and "almost wilfully failing to acknowledge inconsistencies"?

9. Why US-based BBC reporter posted an "Oooof" on Twitter after prematurely pouncing on an incorrect NBC attack tweet about Donald Trump and General Robert E. Lee that was actually about General Ulysses S. Grant?

10. The BBC tweeted an apology with the hashtag #honestmistake after misreporting that Donald Trump had said what at the UN about Iran, when what he'd actually said was "more will follow"?

11. Which well-known BBC presenter did the BBC apologise for and then force to delete a tweet after he'd called Observer reporter Carole Cadwalladr a "mad cat woman"?

12. Which landmark BBC arts series did the BBC's own Arts Editor Will Gompertz describe as "more confused and confusing than a drunk driver negotiating Spaghetti Junction in the rush hour"?

13. Which senior BBC manager pledged to bring an end to "heteronormative culture" at the BBC?

14. Which 1980s pop group did the BBC's Head of Live Political Programmes Rob Burley describe as "one of the worst bands in history" whose music was "trash" during a heated Twitter spat with its "crazed" drummer over the BBC reporting of homelessness?

15. "Be careful! Don't make things worse!", "You see I think that's exactly where people would say that you're not careful enough...", "Personally I do actually believe you ought to be more thoughtful because, you know, stuff that seems like a great idea to say can make some nut do stuff". Which BBC home affairs correspondent gave this 'friendly' advise to Tommy Robinson (aka, etc)?

16. An image of whose hat did some (largely far-left) critics of the BBC claim that Newsnight had manipulated to make it look more Soviet?

17. On his programme, which European leader did Andrew Marr describe as "very, very authoritarian and "right-wing" and "the most prominent antisemitic politician, xenophobic politician"?

18. The editor of which BBC channel was charged under the Sexual Offences Act over a report on his channel which mistakenly identified a Rotherham child abuse victim?

19. Which senior BBC editor, and scrupulous corrector of other people's statistical failings, made an embarrassing statistical blunder over child hunger and food banks by passing on the false claim that struggling families must find an additional £30-40 a week to feed each child" when that figure was actually to feed a family of four?

20. The BBC's executive complaints unit upheld a complaint against which BBC TV and radio presenter for giving the impression that he supported Emmanuel Macron against Marine Le Pen in the March French president election?

21. A presenter on which BBC arts programme talked of the "dark times" we live in because of, among other things, Brexit and Trump?
.
22. BBC Teach had to remove a controversial 'Don't Hate the Debate' video, intended for use in schools, after the BBC found it didn't offer a significantly "diverse range of views". On which issue?

23. Which senior BBC editor presented a report for BBC One's main news bulletins where he reported on demands for increased regionalism from nine regional leaders, presenting them as diverse group of political leaders, all critical of the government, without once mentioning that all nine of them were Labour regional leaders?

24. Hindus and the British got the blame for the horrors of the India-Pakistan partition in the Punjab in which popular BBC One staple?

25. Which European politician makes John Sweeney feel "uneasy", according to a piece of his on From Our Own Correspondent?

27. The Twitter feed of which Radio 4 programme had to swiftly delete a tweet from one of its team after they boasted about being on a People's Vote march in June?

28. Which BBC radio and TV presenter deleted a tweet after sounding off against the Mail's long-standing BLACK DOG column over a piece about Diane Abbott having tweeted "Appalling headline in the Mail Online. Beggars belief" after seeing the headline "BLACK DOG: Diane Abbott causes alarm when she accidentally went into the men's toilets in the Commons"?

29. Which BBC presenter said this of BBC comedy? "When it comes to so-called comedy the BBC has long given up on balance, on radio and TV. Nobody seems to care. And I don’t want right-wing comedy, whatever that is. I’d just like comedy. Which is in really short supply. On TV and radio".