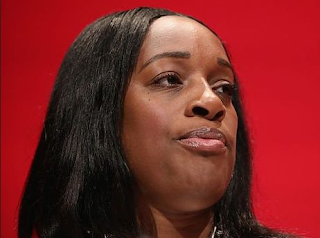 There's a striking difference in the reporting this evening of the resignation of Labour shadow minister Kate Osamor between Sky's online report and the BBC's online report.

Ms Osamor's resignation follows allegations of misconduct made by a national newspaper.

The Times also said Ms Osamor told a reporter who approached her for a comment at her home this week that she "should have come down here with a bat and smashed your face in". She allegedly told him to "f*** off" before throwing a bucket of water on him and calling police.