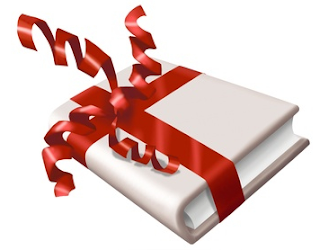 Dear readers. If you want a Christmas present for yourself, I'd recommend treating yourself to David Sedgwick's BBC: Brainwashing Britain? (hot off the presses).

I'm just a few pages away from the end of a first read-through and I've enjoyed every page of it.

It's the book about BBC bias that I've been waiting for, and I wish I'd written it myself.

It covers a lot of ground (from Antifa to Israel, from Grenfell Tower to Owen Jones), with a good deal on the BBC's biased Brexit coverage, though its recurring focus is on the BBC's hostile coverage of the Trump presidency.

(I'll be bringing you endless highlights from it over the coming weeks).

And, pausing to listen to tonight's PM on Radio 4, I now hear it through David's book:

First, as the BBC presenter put it, "no one said that saving the planet would be easy". Yes, it was global warming, and an interview with the right kind of BBC guest for this issue: the intensely activist former Tory minister John Gummer (Lord Deben). He wants the present (centre-right) Australian government chucked out because of its policies on climate change. The BBC presenter didn't defend the Australian government or challenge His Lordship.

Second, delaying Brexit and that 'second referendum', and an interview with Brexit-disliking Stephen Bush of The New Statesman, who very much talked the BBC talk on the matter and was treated as if he were an impartial sage.

Third, the Yellow vests protest in France, and a BBC reporter (Hugh Schofield) giving BBC favourite President Macron a French kiss, saying that he "has diffused this", and that "it's on a classic trajectory, this protest movement. It's dying down. And I think he can be satisfied he's not going to see it up again for a while". (Carry on Emmanuel!)

Fourth, one of the BBC's main present bogey countries, Myanmar, and an interview with a critic of the BBC's fallen heroine Aung San Suu Kyi over the imprisonment of two journalists there. The BBC really do have a bee in their bonnet about Burma.

And, fifth, the usual BBC race thing, featuring an interview with a black sports reporter from the Daily Mirror who reinforced claims that racism in football is as bad as it ever was and that the media is partly responsible for that. 'Discuss?' Hardly. Just repeat and amplify instead.