A scandalous bishop, blasphemy in Pakistan, Opus Dei, atheist evangelicalism, R.E., abortion in Brazil and someone ranting against the West over Iraq

It's been quite the day for 'good old-fashioned' newspaper sex scandal exposés, hasn't it?

First there was Conservative MP Brooks Newmark being forced to resign over some lewd photos he sent to an undercover reporter at the Sunday Mirror, which (along with the defection of Mark Reckless to UKIP) is, understandably, dominating the headlines of pretty much every media organisation in the country.

Then came the Mail on Sunday's exposé of a leading Catholic bishop for having an affair with at least one one woman. The bishop has now resigned.

That story led this morning's Sunday on Radio 4, so it's time for the usual review of that programme. 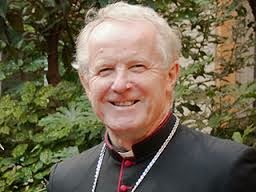 Kieran Conry, the Bishop of Arundel and Brighton [above], is a leading liberal voice within the English Catholic Church and, as a result, has long been a repeated target for criticism from conservative Catholic bloggers. Damian Thompson called him "the [liberal Catholic] Tablet's favourite bishop" and noted his appearance on a particularly biased edition of Sunday back in 2010:

That sort of thing prompted one of my first posts at Is the BBC biased?, 'Take One 'Tablet' Three Times a Day', and caused something of a storm - and a significant falling-off of guests from The Tablet thereafter. It was a blatant case of bias, exposed and then rectified by the BBC - i.e. a result!

Bishop Conry's unhappy story was the opening item on this morning's Sunday. Edward Stourton discussed the matter with Catherine Pepinster, editor of the Tablet (who else?). My goodness, they sounded as if they had rather heavy hearts. Catherine paid him a handsome tribute.

From Catholic matters, Sunday moved next to the plight of Muhammad Asghar, the British man with a history of mental illness who has been sentenced to death for blasphemy in Pakistan for sending letters claiming to be (the prophet) Mohammed. Now he's been shot by a prison guard in jail. Edward Stourton talked to BBC Pakistan correspondent Shaimaa Khalil [below] about the story.

She talked about "the sensitivity and danger" that faces anyone who dares to confront this issue. Many Pakistanis even think that it's blasphemous for lawyers to defend people on blasphemy charges, and there have been several high-profile assassinations of would-be reformers of the blasphemy law there.

It was then back to Catholic matters, as Sunday discussed the beatification in Madrid of Bishop Alvaro del Portillo, former leader of the Opus Dei movement. 200,000 people from 80 countries attended. If he becomes a saint he'll be the second saint associated with that particular Catholic movement. Bishop Alvaro took over the movement in 1975 after the death of its founder, Saint Josemaría Escrivá. Opus Dei's Jack Valero (also of Catholic Voices), something of a Sunday regular [often as the only non-socially-liberal voice on panels], told Edward Stourton about his life - details such as that Pope John Paul II only ever attended two peoples' wakes as pope - one of the doctor who cured him after his assassination attempt, and the other Bishop Alvaro. Jack Valero praised him for bringing the laity to the fore and placing the clergy in a subservient role, in the spirit of Vatican II.

His miracle was the cure of a little baby born in Chile in 2003 with heart problems. The baby's heart had stopped for half an heart. The doctors wanted to stop treating him but his mother prayed to Bishop Alvaro [below, with John Paul II] and the boy recovered with no brain damage. The doctor, an atheist, couldn't account for it. Thus, it was a miracle.

Sunday reported last year on a couple of comedians who were setting up atheist churches.

There are now over 60 of these Sunday Assemblies, so-called Godless congregations, opening across the world and there's a poster campaign in the London Underground from the British Humanist Association too. So what's with all this "atheist evangelisation"?

Instead of hymns the Sunday Assembly movement sing pop songs (like 'Blame It on the Boogie') and have talks, poetry readings, meditation periods, and tea and biscuits. But no God. They are unabashed about having "stolen" the form from traditional religious services.

We heard from supporters (non-believers) and sceptics (believers). Sunday regular Andrew Copson of the BHA appeared during the report too.

According to the last census, there are 14 million atheists in England and Wales.

From atheism to R.E. A review of Religious Education in Church of England schools has found that the teaching of RE is "not good enough" in 60% of their primary schools. The author of the report, Alan Brine [below], was interviewed by Ed Stourton. 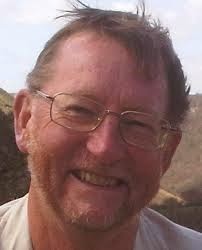 Mr Brine told him that R.E. in Church secondary schools is fine. It's just Church primary schools. His explanation? A confusion about its purpose, and a lack of subject knowledge and background training from some of the teachers, he said. Because of that Christianity is often boiled down to "a narrow diet of Bible stories".

For Mr Brine a proper religious education would inculcate an understanding of the key ideas, concepts, theology and practice of various religious traditions (Christian and non-Christian). He sees what children are getting now as being mostly "superficial bits of information which don't always add up to a coherent grasp".

At secondary school well-trained teachers who understand their subject ride to the rescue, somewhat.

Edward then discussed it with Sunday's favourite bishop, John Pritchard, the Bishop of Oxford, who heads the Church's body looking at such matters.

A quarter of schools in England are C of E ones. 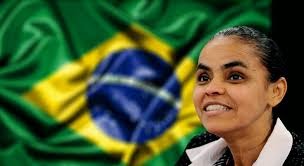 Sunday then turned to the Brazilian elections, looking specifically at the issue of abortion.

I was interested in hearing how Sunday would report this, given Today editor's statement about the BBC having a 'liberalising groupthink' about such issues. Ed framed the story as being about how "Brazil's strict anti-abortion laws have come under scrutiny once again following the recent deaths of two women who sought illegal terminations".

One of the two front-runners, Marina Silva [above] of the Socialist Party (pitted against Dilma Rousseff of the Workers Party), is an evangelical Christian who opposes abortion but says she will hold a referendum on the subject.

The BBC's Bruce Douglas noted, as I hoped he would, that opinion polls show 80% support for keeping abortion illegal, so that's a plus.

His first 'talking head' was a woman from a reproductive rights organisation calling for reform. She made a substantive case for his side of the argument. His second 'talking head' was a pro-life pastor who says that Marina Silva is much more sensitive to the 'right to life' issues than Dilma Rousseff, and was largely quoted talking about the politics of the matter. His third 'talking head' was a journalist who had an illegal abortion herself and also wants reform, calling the 80% who support abortion "hypocrites." She got the closing word, left hanging (damningly) in the air.

Because of that imbalance and that telling habit of giving the last word to the socially-liberal side of the argument, I'll pronounce that report 'somewhat biased' in the BBC's 'liberalising groupthink' manner.

Finally, it was onto military action against Islamic State and a discussion between the former head of the British Army, Lord Richard Dannatt, and a Manchester imam, Asad Zaman. The subject was 'the moral foundation for military action'.

Lord Dannatt said we don't have to think too hard or long to see it is morally right, given what Islamic State have done. He says it's also legally right.

Asad Zaman said "we've heard it all before". "We just seem to have an insatiable appetite for Iraqi blood", he ranted. He said we have no chance of defeating them and we've been kicked out before, "having slaughtered so many people".

He also said we aren't "in any way" being threatened by Islamic State. When Ed reminded him about our hostages - one of whom has already been beheaded - he rushed out that 'our prayers' are with Alan Henning and his family and then sped on about how it's not our business.

Lord Dannatt said he disagreed with virtually everything Asad Zaman said, but Ed stopped him from explaining why.

Thus speaks the voice of moderate Sunni Islam in Manchester, denouncing the West in hysterical terms and seeming to play the sectarian card. Even Ed Stourton sounded a little uncomfortable.
Posted by Craig at 12:31