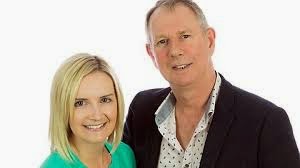 I see that UKIP supporters in Kent are highly displeased with BBC Radio Kent. Complaints are, apparently, winging their way to the BBC as we speak.

Presenter John Warnett interviewed Conservative defector Mark Reckless on this morning's Radio Kent breakfast programme (some 2 hours 10 minutes in) in a manner that can only be described as "aggressive" (which won't have pleased Ian Katz, Jamie Angus or Evan Davis). He hammered away at the question of Mr Reckless "lying" to the Conservatives in the run-up to his defection to UKIP.

John Warnett tackled him pretty much exclusively from the 'devil's advocate position' (if such it was) of a disgruntled Conservative, twice citing the Conservatives' 'success' in 'bringing down the deficit' at him.

Now, unlike those UKIP supporters who've taken to social media to protest, I didn't think that John Warnett betrayed his BBC function in questioning Mark Reckless so strongly or, in a heavily Conservative seat, by doing so from a Conservative Party standpoint; however, I do understand UKIP's sense of outrage at the selection of vox pops Radio Kent flung at Mr Reckless - all three of whom slagged off Mark Reckless something rotten, and in the most personal terms!

Mr Reckless was not impressed:

Mark Reckess: Well, I'm actually rather disappointed, John, with Radio Kent...to put out such an unbalanced selection of views. Our local newspaper, the Medway Messenger, held a poll and 70% of the people they were in touch with said they supported my decision. I think you should have put some balance out there rather than just the negative views...

Another local newspaper, the Maidstone and Medway News, has a poll now running at 67% support for Mr Reckless and UKIP.

Now, standing back and breathing in, it is just, just possible that BBC Radio Kent only spoke to three people in the street this morning and that all three of them were hopping mad at Mark Reckless for 'deserting' the Conservative Party and feel nothing but contempt for him, but - the thought inevitably crosses your mind - how likely is that? How representative is that? Was it a rigged selection? Even if it wasn't a rigged selection, is that responsible reporting? Shouldn't they have waited to ask more people?

Wonder where all those complaints will get UKIP supporters in Kent? Or Mark Reckless?
Posted by Craig at 18:56