Far right extremism and the backlash

Yesterday’s Today programme prominently featured a statement about a right-wing backlash that has obviously caused a mini sensation at the BBC, the way such things always do. It’s a mirror image of the radicalisation problem with young Muslims, which the BBC is much less eager to dwell on in that worried, headless chicken kinda way they reserve for the non-Islamic form of radicalisation.

An anonymous infiltrator, nay, a student, of far right radicalisation who must remain nameless, (because of potential attacks) has issued a warning that dangerous far right groups are radicalising young vulnerable people, and racist violence against Muslims might ensue. The objective, we’re told by Sima Kotecha,  is to change the thinking of racists.

In the light of recent events these groups have become more angry with “Asians” in the UK.  That’s what Sima Kotecha said. I swear to Allah.

I came upon Sima Kotecha’s reports and discussions (several) with Justin Webb on iPlayer whilst searching for Hazel Blears’s  interview, which is what I intended to comment on, and which I will do in a minute.

I have to just say that initially, listening to Sima, (but missing the intro) I honestly thought she was talking about the variety of radicalisation with which we are more familiar because she spoke of the government’s efforts to de-radicalise people in the face of enormous obstacles, like finding how best to tear vulnerable youths away from the noxious influence of their radical peers, which apparently involves whole geographical areas as well as individuals.
Vulnerable young people are surrounded and entrapped by extremists, and a Prevent scheme is to be created. Of course, as you know, she was not talking about radical Islam at all, but its opponents.

This topic was included in (all) the news headlines and Sima Kotecha’s report was reiterated several times during the course of the three-hour Today programme, lest anyone should miss it.

Well I never. Some have been using “the news” (ISIS and Rotherham) to drive a wedge between Britain’s Muslims and non-Muslims. That’s what Justin announced at about ten past eight.

A former member of a neo Nazi group with a heavy Brum accent tells Sima that he has become concerned about the power of the far right, then we heard from (I gather) the anonymous expert and the author of this much discussed warning.

“I met him in a car parked alongside a canal” said Sima, gravely.

“ One far right person said he’d like to kill everyone non white,” he explained.

Tell Mama monitors anti-Islam hatred, we’re informed, and the MCB supports the claims that Muslims have been targeted, a snippet from a video about how to combat racism was played, which was narrated by someone who sounds a bit like Jihadi John.

Do Muslims need to do more to make their peacefulness more obvious? wondered Justin. Like, for example, writing letters to the Indy protesting against the actions of I.S. and pleading for mercy for the next beheading victim. (This plea in the Indy from moderate Muslims was aired in the news headlines following each of the ‘far-right’ reports, as if to underline the difference between I.S. and the real,  peaceful Islam.) 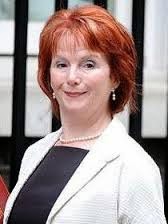 Hazel Blears says moderate Muslims are absolutely horrified at what is being done supposedly in their name.
But here it comes. “The Jewish people.”

“It’s not only an anti-Muslim thing”, explains Hazel, meaningfully. “It’s the Nazi movement making the ‘other’ different.”

“You made Jewish people almost inhuman and therefore it was legitimate to attack them. That’s what the right will do with the Muslim community, they’ve done it for the Jewish community for years and years and if you look at the way in which organisations like EDL actually drive extremism in the Muslim community, al-Muhajiroun, EDL, they’ve all got the same narrative here. I think that what needs to be done is what we’ve tried to do for a long time, that is to bring people together. If you bring people together it’s a lot more difficult to hate each other, if you’re sharing day to day life.

I honestly do not think that the government is doing enough in the whole prevent programme to bring people together and to support the Muslim majority who as I say are absolutely horrified at what’s been going on.”
“When I was responsible for the Prevent programme we had a whole series of practical projects working with young Muslims about what life in Britain could be like, encouraging people to get involved in civic life, getting more school governors, getting more magistrates from the Muslim community - absolutely about living in Britain, living in a democracy with the rule of law and freedom, is a brilliant place to be, that you can be a really devout strong Muslim as well as being a really good member of the British community and it’s that kind of practical role models, making sure that women’s voices are heard, they’re very often not heard in the Muslim community, all of that practical work. It’s long-term, it’s generational, but it’s absolutely essential.

I have to say that all through this item I was waiting for just one tiny reference to the antisemitism within the Muslim community, (moderates and all,) but it was not forthcoming. If the Tell Mamas, the Hazel Blearses, the Justin Webbs, the entire BBC and the Sima Kotechas  of this world don’t do something to address this, and for that matter much more to acknowledge it, then all the backlashes they can muster up from the far right, the moderate right and the middle of the road right left and centre will have a job to elicit my heartfelt sympathy.