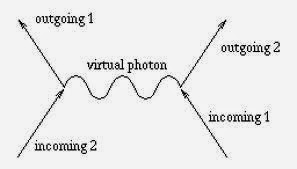 I've complained before about John Humphrys and his way of interviewing scientists about matters of general scientific interest:

Another gripe of mine about the BBC and science arises from John Humphrys and his larky, 'ooh,-look-at-me,-I-don't-know-much-about-science-so-I'll-affect-an-ironic-tone-whenever-a-scientist-comes-onto-Today-and-everybody-will-love-me-for-it' attitude. Give it a rest please, John.

The last time I whinged about this, I added:

It's always the same question too: 'What's the point of this?'

There was a particularly irritating example of this on this morning's Today (6.50 am).

John Humphrys was interviewing Terry Quinn from the International Bureau of Weights and Measures about how gravity gets in the way of measuring the earth's weight with precision - a fascinating subject - and Mr Quinn began by explaining the background with such skill and clarity that I found myself hoping he might be given his own Radio 4 series.

I was hanging on his every word, hoping John Humphrys would just let him continue, but it wasn't to be. JH crashed in with the dread words, "But we haven't got long I'm afraid", and then asked the burning question on his mind.

And, following all the fascinating stuff Mr Quinn had just told him, what was that burning question?:

Why does it matter?

I was reading for switching off at that point - and I wish I had because, to add insult to injury, just as Mr Quinn was trying to get back into his stride again he happened to mention quantum electrodynamics and (with all the inevitability of the Second Law of Thermodynamics) then came the following low moans from John Humphrys:

I was all for ripping out the car radio at this point and chucking it out of the window, but if I'd done that silly thing I'd have missed JH's coup de grace, pausing the interview to say:

Look, I take you word for it that it's terribly important. I wish I could say I understand why but that's for another time.

The interview ended with John H laughing, as if it was all such a hoot and Mr Quinn was such a sporting fellow for taking it all on the chin.

I myself was very interested in hearing what Terry Quinn had to say. He's a brilliant explicator of science, by the sounds of it. Plus I'm interested in hearing about quantum electrodynamics - and the phrase never makes me groan. I suspect quite a few other early-rising members of the Radio 4 audience were also listening intently to Mr Quinn's contribution.

Why then did John Humphrys ruin it by doing his deeply boring 'routine' for the umpteen thousandth time? Just because he's not very interested in science, it doesn't mean that a good part of his listenership necessarily shares his lack of intellectual curiosity.

Radio 4, please can John Humphrys be taken off doing any interviews with serious scientists (that aren't mainly about politics) from now on? He's just awful at them.

Maybe the next time a scientist is invited to take part in a politically-charged interview with John Humphrys he should start sneering at the Today man's interest in party political squabbles - what one one minister said about another minister - and call it 'nothing but gossip', or start rubbishing the Today programme's habit of speculating about what some other politician might or might be saying in a speech later that day as something he can't see the point of, or end by quoting Plato's Socrates denouncing all the things which interest John Humphrys as 'mere opinion', 'shadows on the cave wall'.
Posted by Craig at 18:53