The 'Newsnight' after the night before 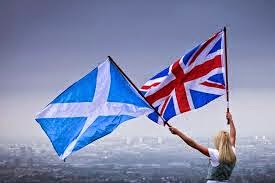 Closer to an 11% than a 10% margin, the thumping decisiveness of the outcome of the Scottish independence referendum probably played no small part in the shock decision of Alex Salmond to step down. Waking up to this morning's Today I thought he must have died as well overnight, given the speak-well-of-the-dead tone of the coverage. It was like listening to an actual obituary rather than just a 'political obituary'.

I watched last night's Newsnight too. It had the cream of its Scottish team on display - Kirsty Wark, Laura Kuenssberg, Andrew Neil and Allan Little - plus a smattering of English ones.

It began with a Laura K report from Glasgow - one of the few places in Scotland to vote against the union. It focused on  the depression and bemusement felt by the Yessers, but gave the 'No' reaction in between before ending with the seemingly sectarian scuffles in central Glasgow yesterday evening. Laura made the statement that "we know now that the vast majority of people who said 'No' made their minds up more than a year ago and simply didn't budge", which made me wonder why on earth the combined brains of the BBC couldn't have worked that out beforehand and told us.

Next came a short interview with Allan Little about Alex Salmond's resignation. Allan Little paid Alex Salmond a glowing tribute, and suggested with Nicola Sturgeon may "come on leaps and bounds now" Kirsty Wark agreed that Ms Sturgeon is "ready". (Allan Little, incidentally, is the only BBC reporter I've seen who's received plenty of bouquets from the cybernats on Twitter for his reporting.)

This was followed by the West Lothian Question and an interview with the man who first asked it, former Labour MP Tam Dalyell. Mr Dalyell is now 82 and Kirsty Wark conducted her interview with him as if he were 102, smiling at him encouragingly all the time. It's a wonder she didn't keep stopping the interview to ask if he wanted a cup of tea or needed a blanket or something. Mr Dalyell was typically forthright, not sparing either Ed Miliband or Gordon Brown in his contempt for the panicky concessions 'the three main UK parties' made after that (especially) duff opinion poll a week or so back. Tam Dalyell remains a robust defender of the union and constitutional fairness. If the Gordon Brown proposals are put in place in Scotland then, Mr Dalyell said, 'English votes for English laws' is the only fair solution. If Labour were unable to enact a lot of legislation in England thereafter as a result, that would only be fair. It's a matter of principle for him rather than party advantage. 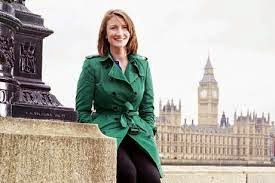 Next up was a report from Allegra Stratton (she of 'the Westminster Bubble') on Westminster-based political class's response. She began by stating that David Cameron had made his 'English votes for English laws' pitch as a political manoeuvre to scupper Labour (calling it "a dawn raid on Ed Miliband"). Of course, she might very well be right that Mr Cameron was playing party politics here rather than being principled in the way of a Tam Dalyell and seeing no alternative to such a move on grounds of fairness if Scotland were to be given 'Devo Max'. Still, she certainly wasn't letting the Newsnight audience make its own mind up about that - and it's an accusation that Labour have been making too.

We heard during Allegra's report from Conservative MP Graham Brady (the one who looks a little like Prince Andrew) calling for an English parliament (which, given what seems to be coming in Scotland, is something we in England should have in my opinion), and from Labour's Lord Falconer rejecting the idea of an English parliament on the grounds that it would leave a "hollowed-out UK parliament" (neatly side-stepping the fact that devolution in Scotland and Wales has already done some of that hollowing-out, and that 'Devo Max' would do much more - ie side-stepping the West Lothian Question). Allegra Stratton added her own scepticism while introducing Lord Falconer ("But in a two-tier parliament a Tory administration would be more likely on English-only days an Labour administrations on UK days. Which one is more important is unclear.") The Conservative MP Owen Paterson then appeared to say that devolution shouldn't be rushed until the question of taxation and spending is settled as, as the moment, devolved politicians can "get a free hit" by promising all manner of things without being fully accountable for them.

Andrew Neil was next, with a complaint on behalf of Newsnight:

Now that the Tories' plan for more devolution involves running a coach and horses through the rest of our constitution in a matter of weeks, or at least months, we thought they might like to come on the programme to discuss what they're doing, but they declined. Well, it's only a thousand year old constitution! Anyway...

Anyway, he interviewed Labour's Chuka Ummuna instead, concentrating on the issue of 'English votes from English laws'. I think it's fair to say that Andrew Neil well and truly skewered Mr Ummuna here - a task made easier by Mr Ummuna's incompetent evasiveness (aka 'waffling'). He just wouldn't answer a direct question, and Andrew Neil's not one to stand for that. Therefore, Ian Katz's lovely vision of nicer interviews where politicians are more open and interviewers give them more time as a result was conspicuous by its absence here. 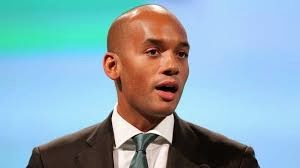 It was great theatre though, resulting in one of those 'ouch!' moments from Chuka. Fans of The Thick of It will love this:

Andrew Neil:...If [Scottish Labour] is not run by a bunch of nonentities, could...other than the Scottish Labour leader...could you name three members of the Labour shadow cabinet?

Chuka Ummuna: Of our shadow cabinet?

Andrew Neil: No, other than her!

Andrew Neil: What does she do?

Chuka Ummuna: I'm not totally sure of the exact portfolio she...

Chuka Ummuna: But the point is...

Andrew Neil:  Could you name any more?

Andrew Neil: You don't know who your shadow cabinet in Scotland is?

Chuka Ummuna: I'm not a Scottish MP and I'm not a member of the Scottish shadow cabinet...

Andrew Neil: We have to leave it there.

Then Andrew interviewed Conservative peer Lord Heseltine, beginning by asking him about the West Lothian Question and whether he believes it should be answered with 'English votes for English Laws'. Lord Hezza's reply was simply, "Yes." They got into something of a scrap over definitions of 'decentralisation' and 'devolution' - a scrap which, through forcibly refusing to be 'moved along', Lord H rather defeated Andrew Neil over (and, if they're right about something and not being evasive, politicians should stand their ground). 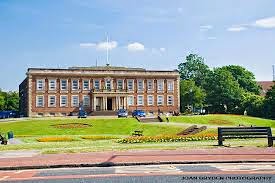 The West Lothian Question continued to hold centre stage during the following report by Newsnight's Chris Cook. After outlining what that questions means, he outlined three alternatives:

(2) 'English votes for English laws' - having the existing MPs for English seats meet on their own without the other MPs to debate and discuss English matters. This would entail having a new executive [akin to the ones in Wales, Northern Ireland and Scotland] answerable to English MPs, but how would that work if England didn't have its own first minister? Who would stand up for England, say, if there were a dispute between the constituent devolved governments of the UK? As English MPs dominate the UK parliament, couldn't they grant special favours to this English first minister?

(3) As English MPs dominate the UK parliament, wouldn't they be too dominant within the union? (Similarly, an English parliament). To counteract that, we could follow the U.S. example (ie the Senate) and, say, give each of the four countries of the United Kingdom an equal number of peers. That's not very democratic, but it would be a reasonable check and balance.

I'll have an English parliament (in Lancaster) elected by PR, a first minister (based in Morecambe town hall, pictured above) chosen by that parliament, a federal UK parliament (at Westminster!) with a House of Commons elected by first-past-the-post (as now, but with far fewer members and larger, fairer constituency sizes) plus a beefed-up House of Lords that, as suggested above, acted as an appointed answer to the U.S. Senate (with equal number of peers appointed from each of the four parts of the UK) but which somehow tried to reserve space for non-politicians and the great, good and wise. And, of course, H.M. the Queen. Simple, eh?

Kirsty Wark then interviewed another Conservative MP - former Attorney General Dominic Grieve. Mr Grieve took a fairly cautious but potentially radical approach, arguing against rushing but wanting a whole package to answer the West Lothian Question rather than bits and bats. "We've got to answer the West Lothian Question or, quite frankly, England will go 'Bang!' at some point", he said. He also thinks the "cack-handed" Welsh devolution legislation needs looking at. "At the moment we have a Welsh devolution settlement where, as I know from my time as Attorney General, nobody actually knows what the paper means", he said. He doesn't want an English parliament though. Kirsty thanked him for "being so candid". 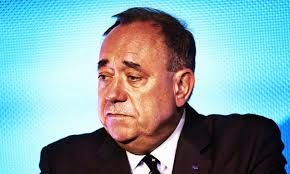 It was then back to Andrew Neil for a chat with a couple of journalists: Beth Rigby of the Financial Times and Steve Richards of the Independent. Beth admired David Cameron's strategy while Steve spun it in the other direction.

Finally, it was back to Scotland and what the result means for Scottish politics. A report from David Grossman (isn't he Newsnight's technology correspondent now?), featuring Salmond biographer David Torrence (author of Salmond - Against the Odds) and Dr Alan Convery of Edinburgh University, looked (rather generously) at Alex Salmond's political successes -  David Grossman even compared him to Barack Obama at one point in his attention-grabbing hopey-changey message - and then looked at where Scottish nationalism is going next, including the speculation that this has been its high-water point:


And there is a school of thought that suggests the stars will never again be as perfectly aligned for nationalism, not least having an old Etonian Conservative prime minister pushing through a programme of austerity.

The programme closed with a panel discussion on these matters, chaired by Kirsty Wark. The panel consisted of: (1) The BBC's Allan Little, (2) historian (and 'Yes' voter) Sir Tom Devine, (3) historian (and unionist) William Dalrymple, (4) journalist (and 'Yes' voter) Lesley Riddoch, and (5) Times columnist (and unionist) Magnus Linklater. That's a balanced panel, for sure, and there was plenty of disagreement, but it did seem rather more biased than it ought to have done, perhaps, due to Allan Little's contributions, especially his glowing presentation of the 'Yes' side in the referendum debate. His remarks had Tom Devine and Lesley Riddoch smiling, nodding and agreeing.

A very interesting edition of Newsnight on the whole, with only a few smatterings of bias here and there.