In their own words...

Instead of me doing my usual Sunday morning thing about Radio 4's Sunday, let me present you with a selection of quotes from this week's edition, extracted from each of the programme's segments, and allow you to make what you want of it...

BBC Rome correspondent David Willey on the visit by Pope Francis to Albania, in response to William Crawley's question about why he's going there - his first papal trip to a European country outside of Italy:

The Pope, you know, begins his thinking on how to evangelise by going to the margins, the most vulnerable countries...

And I think Pope Francis wants today to praise Albania as a country where, in fact, you've got Muslims - it's a Muslim-majority country, the only one in Europe - you've got Muslims and Christians living peacefully side by side. He wants to hold it up as a model for the rest of the world at a moment when Christians and Muslims are at loggerheads in the Middle East.

William Crawley introducing the next subject, prior to interviewing Rashid Mogradia from he Council for British Hajjis, a charity which works for the welfare of British Muslim pilgrims:

Hundreds of thousands of Muslims from all across the world have started their journeys to the Prophet's birthplace in Mecca to celebrate the Hajj, which begins on October 2nd. Here in Britain a major campaign is underway to alert pilgrims to criminal gangs who've set up bogus travel companies defrauding them of thousands of pounds and ruining the most important spiritual journey of a lifetime.

I asked him how radical he's planning to be.

Well, I'm interested in what you say about some of the structures there because, obviously, beyond all of the abuse crisis that everyone knows about - we've talked about it so much in the past - one of the suggestions that came forward is that we need more democratic structures within the Catholic Church.

You can go all the way back into the '60s, can't you, with Humanae Vitae and the guidance on human contraception which doesn't make a lot of sense to many Catholics in Ireland these days.

When Pope Francis came in he became the new face. He started talking in a new way. People changed their attitude towards the Catholic Church because they heard what he was saying and in Ireland that's the challenge now facing you, isn't it, that people will begin to understand the Catholic Church partly - or to a great extent - on the basis of how you look and how you sound? 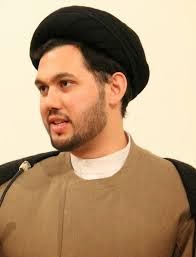 Extracts from William Crawley's interview with Sayed Razawi, a leading British Imam from the Ulama Council in Europe, one of the signatories to the letter by 100+ British Muslim leaders denouncing Islamic State as "non-Islamic":

William Crawley: Do you regards these terror group members as fellow Muslims?

Sayed Razawi: I wouldn't do because Islam has a structure, a theological structure, a philosophical structure, ethical structure. What they're doing is contravening and contradicting all of that. It's very simple in this day and age, especially in the Middle East, to commit an atrocious crime and plaster the term 'religion' on it just to justify it.....What I believe is this Islamic or un-Islamic State first and foremost is not representative of the religion but I think, secondly, what it's doing is it's going against Islamic values and if you go against the values of the religion therefore not only are you not representing it you're also not a believer in that particular religion.

William Crawley: And a great deal of this letter actually gets into the theology, Koranic theology, and is in some ways an attempt by yourselves to explain Islam to an organisation who call themselves 'Islamic State'.

Saving the earth and its people from the dangers of climate change is definitely one for the politicians, but now scientists are asking religious leaders to take action also.

William Crawley: And just finally, given your expertise...lifetime of expertise over so many of these issues, do you look at the future with optimism or with pessimism in respect of this grand challenge that humanity faces to do with climate change?

Sir Partha Dasgupta: I was worried that you might ask me that. It's easy for me to say "I'm optimistic", because that's the standard answer people give, but I'm not. I don't believe that we're all going to come crashing down but the idea that we have a glorious future of unlimited growth, that's rubbish.

It's not every day that the Pope, especially an Argentinian one, is photographed holding a cricket bat but that's how he was picture recently giving his blessing to a cricket team from the Vatican as it set of on a British tour which culminated in a historic match against the Church of England. The match took place on Friday at the Kent County Cricket Ground in Canterbury...

Question from William Crawley (to Leo Cushley, Catholic Archbishop of St Andrews and Edinburgh) in the wake of the Scottish referendum vote:

Leo Cushley, obviously for many Yes voters like Iain Whyte social justice was a driving ambition for change within Scotland to develop a more equal, a more caring society - not that a Yes vote is the only way you can guarantee that of course. Let's say that! - but how do you take those very laudable ambitions for social justice, for a more equal society, and develop them in the context of this new arrangement?

I think that selection might give you a flavour of why I hear Radio 4's Sunday as a biased BBC programme (akin to The Tablet), one which often betrays a strong focus on liberal Catholic concerns (and a keen partiality for Pope Francis). Its guests are often on to promote 'social justice' and 'a more equal society', concerns the programme's presenters and reporters often seem to amplify themselves. It's also almost relentless in the way it lends a sympathetic ear to Muslim grievances and Muslim apologists at the expense of other minority UK religions. It also occasionally gives a free platform to climate change activists as well, with nary a sceptical voice to be heard, ever.

If you hear it differently though, please let me know.
Posted by Craig at 12:06