'Any Questions'? Yes, why is this programme so flipping infuriating? 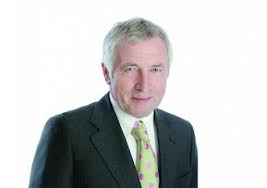 I'm confused. (Are you surprised?)

I've been listening to yesterday's Any Questions on Radio 4 (repeated today). It's not something I usually do these days, despite the fact that in my younger years (when the late, likeable John Timpson was its presenter) I was a bit of a devotee of the programme. Then, in 1987, came Jonathan Dimbleby. (Was it really as long ago as 1987?). My enthusiasm waned, sharply. I dipped into Any Questions occasionally thereafter, always retreating swiftly with the intention never to listen again, given what I felt to be the programme's blatant left-wing bias (and unpleasantness).

All my occasional visits in the long, long years between 1987-2009 didn't make me warm to the programme. I tried again, once or twice, while I was writing my first (one-man) blog, feeling it to be my duty to try it out. I found myself just as infuriated as before at what I perceived (yet again) to be its in-your-face left-wing bias. In a spirit of grumpiness, I stopped listening again. (There's very little about the programme on my old blog. I found it hard enough forcing myself to watch Question Time!)

That wasn't a good thing for a blogger about BBC bias to do. Only by monitoring a programme over time can you hope to fairly judge its bias (or lack of bias). You've got to 'man up' and endure the bias (if it is bias) and report back, or what's the point?

It's been much the same since. I've dipped into about three editions since 2010, found it to be insufferably biased and done (if you pardon my French) bugger all about it.

All of those three occasions were alerted by 'alarm signals' sounded at Biased BBC (as I would never have chosen to listen to Any Questions for pleasure). They are hard to present as a representative sample though - unless and until the sample is large enough.

Prompted by a comment at Biased BBC (from an old reader of my 2009-10 blog) I thought it might be a good idea to follow up my Question Time post with an Any Questions post. I really wish I hadn't. I hated it as much as ever. Where David Dimbleby's Question Time this week was a pleasant surprise, Jonathan Dimbleby's Any Questions this week was depressingly predictable and as far from pleasant as can be (for a rightie).

I've waited to post this piece for a few hours, as I wanted to calm down and get a grip

Well, the first question to be chosen by the Any Questions team - from Chrissy Allott - was posed from a left-wing perspective:

"Baroness Thatcher's ceremonial funeral is dividing the nation as much as her government did. Should it go ahead and should the Queen attend?"

What followed was just the sort of thing I expect from Any Questions (and from Question Time for that matter).

Jonathan Dimbleby gave Labour's good-natured Alan Johnson a gentle ride. UKIP's Lisa Duffy then spoke and was booed and jeered by the (oh-so-representative) Exeter audience. Why was she booed and jeered? Left-wing, Mrs T-hating lawyer John Cooper, saying "Absolutely no" to the question, was - remarkably - loudly applauded. Then came the Tory minister, Francis Maude. Neither Alan, nor Lisa, nor John had been interrupted by Jonathan Dimbleby up till this point. Mr Maude, however, was interrupted eight times in the course of his first contribution to the programme.

My old 2009-10 blog, however, gave the lie to that (or so I like to believe) once and for all. It proved (and I don't feel inclined to put inverted commas around the word 'proved' there) that the then Labour government got a significantly less rough ride than most of then then opposition parties - namely the Conservatives and UKIP on the right, and the SNP on the nationalist left.

Here, Jonathan pursued the coalition Conservative Francis Maude over the cost of Mrs Thatcher's funeral with something that sounded like (pack dog) relish.

I'll outline that segment of the programme for you, transcribing Jonathan Dimbleby's contributions in full:

John Cooper then got more loud applause for alleging that Margaret Thatcher set women back "decades" - a truly preposterous comment, giving the vast increase in female MPs that came into parliament within a decade of her leaving office.

Jonathan then moved onto the BIG issue of the century:

"But look, before I move on let me ask, because it's very much in the news and it came up among the questions as well, the thing about this song which has been, because of pressure from...allegedly pressure from left-wing groups, has now risen to the top of the charts..from 'The Wizard of Oz', 'Ding Dong! The Witch is Dead', and the BBC has decided to play a 5-second clip from it rather than not at all, as some people wanted, rather than the whole thing, as others wanted. What's you view about that?"

I was all ready to hurl the radio out of the window at that point. Then some unexpected things began to happen....John Cooper QC began advocating a "turn your backs" protest during the late prime minister's funeral cortège. Jonathan Dimbleby interrupted him, with what sounded like a feeling of unease/disgust and asked:

"Isn't that..let me make..I'd like to ask Alan about that, but won't that be regarded fairly by those who observe that as better to stay away. Isn't it deeply offensive to turn your back on someone's death cortège?"

Alan Johnson then rejected John Cooper's reply, saying that working class people behave decently at funerals (good on him) and that it's futile to protest as someone is being taken to their grave. Thankfully, this received a lot of  applause from the audience.

Another question posed from a left-wing standpoint followed. The questioner, David Rees, began by brown-nosing Jonathan over his honorary doctorate from Exeter University. The audience clapped, in true North Korean fashion. (Jonathan threatened the U.S. with a thermonuclear attack in reply).

"Does the panel agree that we should speak candidly, as Glenda Jackson did, about the legacy of politicians in the period immediately after their death? And, if not, isn't there a danger that they might be remembered as saints and their failures might be forgotten, thus hindering the development of our democracy?"

Jonathan Dimbleby then read out a fairly length quote from Glenda Jackson's parliamentary attack on the late Mrs Thatcher. Francis Maude got a small laugh for a shrewd comment and Alan Johnson got a bigger laugh for a funny comment. (I didn't know Dan Hodges of the Telegraph - the "cuckoo" in New Labour's nest - was Glenda's son. Did you?). Jonathan interrupted Alan, in a not unfriendly way, and Alan got plenty of applause from the Exeter audience for his critique of the Thatcher government - as did John Cooper for his very long attack on Thatcherism. UKIP's Lisa tried to defend the baroness but was interrupted by the left-wing QC. Jonathan Dimbleby had the decency to say, "Let Lisa finish", but Mr Cooper interrupted again (as does seem to be typical of certain left-wing types). Francis Maude then set Mr Cooper straight on something and received no applause whatsoever; indeed, he received no applause throughout the programme. Only Labour-supporting John Cooper and Labour's Alan Johnson were roundly clapped. Yes, Exeter (MP, Ben Bradshaw) is a Labour seat, but it's a marginal Labour seat where the Conservatives were snapping at Labour's heels in 2010. Where were the applauding Conservative and UKIP supporters then?

I was beginning to suspect left-wing bias in the question selection by this stage. The next question, from  Janet Griffin, thus came as an, er, pleasant surprise:

"In view of the recent death of someone with policies, was Tony Blair right to suggest Ed Miliband get some?"

In reply John Cooper attacked Tony Blair, defended the present leadership and lauded Ed (calling himself "partisan" along the way - not (/sarc) that we'd have guessed it!) His anti-Tory points won him more applause. He then got into a fine scrap with Alan Johnson. Jonathan Dimbleby then bantered with the Labour man in a friendly fashion

Then came another surprise. Lisa Duffy exalted core values and UKIP and got a decent round of applause! Who expected that (after all that had gone before?)

Francis Maude reappeared, Jonathan interrupted him to crack a couple of jokes - one at Mr Maude's expense - then asked Alan Johnson if it's right for Labour to have resisted the cuts. Alan was applauded in his response, but JD interrupted again and pointed out that Labour backed the 1% cap on earnings in the public sector. [The PUBLIC sector!! Fancy Jonathan Dimbleby being particularly concerned about the PUBLIC sector!] Another anti-Tory attack on disability benefit in reply was well-clapped by the oh-so-representative Exeter audience. Francis Maude reacted in nicey-nicey fashion.

A question on organ donations took the fight out of the remainder of the programme.

Jonathan Dimbleby is off to New York for a special edition next week. (Out of the licence fee, I presume?) Lucky him.

Is Any Questions far more biased than Question Time?
Posted by Craig at 18:58