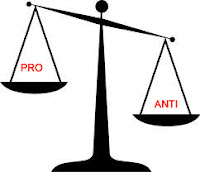 The BBC insists it receives as many complaints about pro-Israel bias as anti. I found that claim hard to believe because I couldn’t understand what the haters of Israel have to complain about.

We have to accept the BBC’s word that someone counts up the tally of complaints received over time, finds an equal amount from both sides, and concludes that the BBC must be “getting it right”.

I think I now see what’s happening. Complaints about pro-Israel bias must come from the kind of people who feel insulted at the mere sight of Mark Regev on their television screens; folk who pen furious letters the instant he manages to make his voice heard above the interviewer’s sneers. Appearances on BBC television by Israeli spokespersons are usually confined to times of conflict, when Israel’s retaliatory activities, which many people think shouldn’t be permitted to happen, have caught the attention of Makers of the News.

I’m reliably informed that during Operation Cast Lead the BBC received more than twice as many complaints about bias towards Israel from pro Palestinian activists as complaints from Israel’s supporters, citing examples of bias against Israel.

However, the substance of the ‘pro-Israel bias’ complaints baffles me. It’s hardly  surprising that the *BBC-educated* audience would have complained during Operation Cast Lead. Bear in mind that Israel has been cast as the epitome of evil, and vast numbers of people were furious at the very thought of Israeli spokespersons like Mark Regev or Avital Leibovich being given any air time at all.

Much of this anti-Israel activity has been engendered by the BBC’s biased reporting, and many anti-Israel activists make a fuss as soon as Israel is mentioned in anything other than wholly condemnatory terms, and in times of heightened violence between Israelis and Palestinians the higher death toll amongst Palestinians enables the BBC to use the ill-conceived excuse ‘disproportionality’ to justify its outright condemnation of Israel, yet even while it is doing so, complaints about pro Israel bias seem to pour in.

In quieter times a pure diet of overt condemnation would contravene the BBC impartiality obligations. So even when there’s “no news” the BBC finds a story that can be angled against Israel, and even then the pro-Palestinian activists aren’t satisfied. They still find something trivial, imaginary or mischievous to pit against genuine complaints, and in this uneven fashion the numbers apparently even out.

If the BBC equates spurious complaints about bias towards Israel with with  substantive complaints about bias against, and disregards the quality of those complaints, it looks like a convenient way of masking an inconvenient truth, which is that the BBC has taken a very definite political stance, which has coloured the views of its own journalists and reporters as well as those of its vast audience, and in a circular, self perpetuating manner has created a monumental mire.

Moreover, it fits in with the automaton-like policy of not making ‘value judgements’ in the name of impartiality, another smoke-screen that fails to conceal the BBC’s obsessive interest in ferreting out stories that can be spun as yet another of Israel’s misdemeanors together with a conspicuous lack of interest in her benevolence, humanitarianism and other inspirational qualities. This all adds up to bias. No two ways about it.