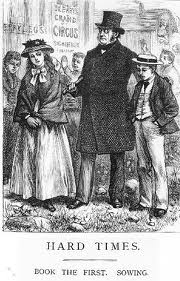 The long-running debate about whether the teaching of skills or the teaching of facts is more important has become highly charged recently, given that Michael Gove is leading the charge to get 'hard facts' - or 'content' - back into schools.

The idea is that all of us need to know certain facts, concepts, works of literature and the like to be effective citizens and that this needs to be brought about in a structured way. As many children don't have the good fortune to grow up in homes where such knowledge is the stuff of everyday experience, Mr Gove believes that schools can make up that loss for all the cultural 'have-nots' out there - people who can become permanently disadvantaged by lacking such knowledge. A nation of informed citizens, all sharing a common stock of basic knowledge, could then be cultivated.

For others, this amounts to old-fashioned 'cramming', cramping the individuality of the child. They argue that knowledge can be achieved through creativity and that it is more important to learn how to ask questions, how to evaluate, how to interpret, how be a learner, than to learn lists of facts and by rote. They also argue that learning lists of facts and by rote bores children and can put them off education. Some (though not all) further argue that getting an agreed common stock of knowledge is (a) impossible and/or (b) undesirable. 'Who chooses what 'hard facts' are to be learned?', they wonder.

I hope I've outlined the two main strands of the debate fairly there. It's a fascinating and important issue and needs openly discussing.

At the start of today's The World at One presenter Shaun Ley characterised the debate in this way, beginning with an allusion to Dickens's Hard Times:

"And teach them facts, nothing but facts." Or is it better to teach children how to find them? As the teaching unions attack the government's changes to the curriculum, we'll be debating the best way to learn.

Talking of facts, the original quotation from Hard Times runs as follows:

The debate took place at the end of the programme (available here for a few more days). When it began, Shaun re-framed the debate in this way:

Now, are the government's planned changes to what children learn a "Gradgrind pub quiz curriculum"? That's how one senior member of the NUT  described them at the teaching union's conference this weekend. More facts, in the view of Education Secretary Michael Gove provide the building blocks for learning. Rote learning, as his critics see it, is old-fashioned and unnecessary for a generation of children who, thanks to the internet, have the world's knowledge at their fingertips.

The debate we did get was an interesting one, but it wasn't one that met the demands of BBC impartiality given that both guests - QI fact checker John Mitchinson and mathematician Conrad Wolfram - were in the "broadly (or wholly) opposed to Michael Gove's position" camp.

Mr Mitchinson said he has "some sympathy with the criticism" of Mr Gove and agreed that the learning of times tables was harmful. Enthusiasm is more important. "As somebody said, you know, 'Education should be about lighting a fire, not filling a bucket'." (It's ascribed to W.B.Yeats, in fact).

Mr Wolfram wanted context, problem-solving, knowledge of how you find and apply the facts rather than "learning...by long division".

As I say, not a debate that allowed listeners to hear two people expressing contrasting points of views. They were of one mind.

I bet the segment would have been music to the ears of the teaching unions but heard as a screeching discord by the supporters of Michael Gove's reforms - despite Shaun Ley's belated attempts to make up for it by putting some questions from a Govean standpoint.

An (enthusiastic) tweet from a lecturer at Roehampton University sums up the one-sidedness of the debate:


Miles Berry ‏@mberry7h
.@conradwolfram & @johnmitchinson on the importance of getting children to think and ask questions. Don't think that made it onto the new NC
Retweeted by John Mitchinson

Incidentally, one of Shaun Ley's questions ran as follows:


You can kind of mock Michael Gove's sort of approach to this. Some have accused him of being old-fashioned or being like Wackford Squeers - "Teach them facts, nothing but facts" -  but in a sense it's quite a strong argument, isn't it, to say 'If you don't actually know the facts to start with how can you apply that knowledge most usefully? How can you search for the information that will lead you to the next stage of developing your understanding?

In the spirit of Michael Gove, I will have to tell Shaun to 'see me' and put a red line through "Wackford Squeers" there. Shaun seems to have confused that nasty Squeers (from Nicholas Nickleby, as I'm sure you'll all know!) with Thomas Gradgrind from Hard Times.

Where are those hard facts when you need 'em, eh Shaun?
Posted by Craig at 22:20

Labels: 'The World At One', education, Shaun Ley