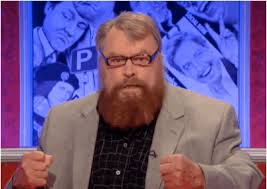 The Daily Mail anticipated the day of the funeral of Margaret Thatcher (a beautiful, extraordinary service) by publishing a piece about BBC bias.

The article reports that some 107 people wrote into to complain about last Friday's programme. It mentions the BBC's response, before highlighting two areas of criticism:

During the show guest Ken Livingstone joked about how during her time in office she had axed the Greater London Council, of which he had been the leader.
He said: ‘I haven’t had my invite to the funeral yet so I haven’t been able to decline it.
‘It would be a tad hypocritical given she abolished me, to turn up to her funeral.’
A number of other gags were aimed at her cabinet and her son Mark.

A BBC spokesman is then quoted, giving the BBC's version of events in more detail:

Responding to the complaints, the BBC said: ‘Given the enormous amount of TV and newspaper comment on the life and achievements of Lady Thatcher, it was impossible to ignore the story.


‘The very fact that the programme covered the death of Lady Thatcher was always going to infuriate some viewers, however they should know what to expect from the show after 23 years.


‘If you look closely at the content of the show you will see that at no point did we make fun of Lady Thatcher herself or put forward a critique of her record - everything was based around the reaction to her death by other politicians and public figures, and the row over the cost of the funeral.'

Then the article ends in this way:

However this is not the first time the BBC satirical show has landed in hot water.

The worst element of the article comes in the captions to the accompanying pictures.

There's a picture of Ian Hislop and Ken Livingstone, underneath which we find the caption:

Smirking: Ken Livingstone and host Ian Hislop took part in Friday's controversial episode of Have I got News for You

The word "smirking" is clearly intended to cast Ken Livingstone, Ian Hislop and the BBC in a bad light. It doesn't say what they were "smirking" at. Ian was laughing anyhow, not smirking. It reinforces the message that the programme was a sustained mocking of Mrs Thatcher's memory.

Then comes a quote, used as a caption by the programme:

beneath which the Daily Mail writes:


Sick joke: The show was peppered with references to Baroness Thatcher's family and former cabinet

This might lead its readers to assume that this "sick joke" at Mark Thatcher's expense was the programme's. It is in fact a quotation from Mrs Thatcher herself. It's her own joke about Mark and she didn't mean it viciously.

Finally, beneath a picture of the two other panellists, the Mail gives us more dog-whistle language, presumably in the hope of raising its readers hackles ever more:

Part of the pack: Bridget Christie and Paul Merton also took part in the show which provoked anger among viewers

The use of the word "pack" implying an attack by a pack of wolves, on Baroness Thatcher. It is obviously intended to further reinforce the idea that the programme was nasty in its bias. It's particularly unfair on Bridget Christie who had only good things to say about the late prime minister.

I'm a Thatcherite, watched the show and can't remember being offended by anything. I must watch it again with my indignant head on.- Alex, Guildford, 16/4/2013 22:53

Precisely. There was nothing to be offended about.

For a flavour of its humour, I've done a bit more transcribing. See if you need to reach for the smelling salts!

Brian Blessed (presenter, introducing Ken Livingstone):
"On Ian's team tonight a left-wing politician who believes the state should pay for everything - except ceremonial funerals."

Ian Hislop:
"The BBC has been accused of bias. So, luckily tonight, it's rectified it inviting Ken Livingstone on."

Brian: "Now how did the BBC expose their own leftie tendencies and their utter contempt for Thatcher's memory?"
Ian: "They interviewed her enemies who said unpleasant things about her and then they interviewed her friends, most of whom also said unpleasant things about her."
Brian: "Now the BBC interviewed Gerry Adams. What did he say?"
Ken: "Didn't he go on about how she supported a whole list of things he didn't approve of, basically".
Brian: "Well, he said 'Margaret Thatcher did great hurt to the British people.' Although not as much as all those bombs, eh Gerry?"

Brian then quoted the 'Sun':

Unemployed Julian Styles, 58 — made redundant from a factory in 1984 — said: “I’ve been waiting for that witch to die for 30 years. Tonight is party time. I’m drinking one drink for every year I’ve been out of work.”

before quipping (loudly), "Thirty years. Without a job. Pull yer finger out Julian, you lazy bastard!!!"

Brian: "This is the solemn news that one of our greatest peace-time prime ministers has died but don't worry - Gordon's alive!!!!"

Brian: "I usually prefer the Ritz. Though not this week. It must have been like that episode of 'Fawlty Towers' in there."

As for the idea that it was a "pack"-like assault on Mrs T's memory, Ian was more concerned to criticise her critics - especially Ken Livingstone and the Tory wets, though (in the interests of balance!) he also had a couple of gentle digs at her most enthusiastic supporters, joking that they were wanting to rename London "Thatcher".

The Mail's repeated assertion that the programme mocked members of her cabinet is true to a certain degree - except that it misses out that those jokes were gentle ones. All the sharp, harsh jokes were made at the expense of people like Gerry Adams, unemployed Julian and Dr Jonathan Miller ("And what a twat he is!") i.e. the people who showed the most disrespect for Lady Thatcher. Ken Livingstone was hardly cruel in his comments and was on the receiving end of quite a few barbs from Ian Hislop. I'm at a loss to know why Ken's words, as quoted in the Mail article, could offend anyone. Paul Merton made a joke about her closing down the mines, but that pretty much amounts to his contribution to the segment. The Ritz joke is the only one that came near to the mark (but it's a funny one).

If you've not see this edition of HIGNFY, you still have two days left to watch it.
Posted by Craig at 13:52

Labels: 'Have I Got News For You', Daily Mail