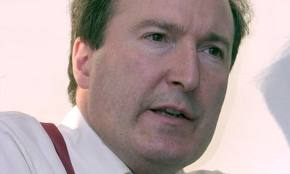 The wonderful Charles Moore of the Telegraph has become something of a hero to (right-leaning) critics of the BBC following his sterling denunciations of the BBC for its bias over the coverage of the death of Baroness Thatcher (see earlier posts on this blog).

His anger at the BBC's anti-Thatcher bias struck a chord with lots of people - though (looking at Twitter) it also aroused a lot of derision from others who felt that the BBC's coverage had, if anything, been decidedly pro-Thatcher.


If you switch on BBC Two tonight you'll find that the biased BBC is broadcasting a one-and-a-half-hour documentary based on Charles Moore's biography of the great lady, Young Margaret: Life, Love and Letters. They are also broadcasting a half hour documentary on Radio 4 tomorrow afternoon (1.30 pm) called Living with Mrs T, presented by Charles Moore himself. Then, completing his neglect at the hands of the shamefully left-wing BBC, Charles Moore's biography of Lady Thatcher will be Radio 4's Book of the Week all next week.

When Charles is next on the BBC, I hope he continues to give them both barrels for their outrageous bias.
Posted by Craig at 20:35