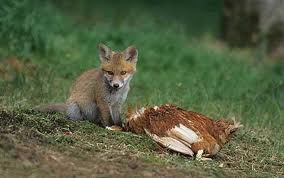 I wanted to write about two interesting blog [cross] posts by Marc Goldberg on Harry’s Place. The comments there are nearly always as interesting as the original post, and that’s why that website, and for me those  threads in particular, make compulsive reading.
Incidentally, does Marc Goldberg seem a bit surprised that the BBC-educated British believe so wholeheartedly in the so-called Palestinian narrative they’ve been fed by the likes of the BBC?

The first piece is about popular author Iain Banks’s article in the Guardian, where he expounds on his support for BDS.
I have to say I haven’t read it, and I’m becoming more and more squeamish about celebrities’ wrong-headed opinions about I/P seeping into my subconscious, so I don’t intend to. However,  the excerpts I’ve read are quite enough to see that he uses the "You of all People” argument, which Chas Newky-Burden very neatly demolished after David Ward MP said something, less literary in substance perhaps, but very similar in tone.

What makes this business even more irksome is that Iain Banks has announced his regrettable, premature, imminent death from cancer, which has catapulted him to a Special Saintly Situation, whereupon supernatural powers of wisdom are bestowed upon him and all his musings.

No doubt, as the MP for Bradford with its high ‘Muslim demographic’, it’s in Mr. Ward’s political interest to promote the anti-Israel agenda as his constituents very likely have a strong preference for such a stance. But Iain Banks?  Why would this issue be of particular interest to him?  Why choose it as the subject of his high profile farewell? If his intention was to bow out on a cloud of self righteousness, I think he miscalculated because as time goes by more and more people will come to recognize his words as those of a sanctimonious fool.

To clarify, in his second post concerning the holocaust Marc Goldberg discusses: “Lessons that ought to have been learned by the Jews” .

“............ YES the Holocaust was an education for our people. During the Holocaust we learned very well. We learned that a fool wins an argument with the smartest man alive so long as he is a fool with a rifle. We learned that it doesn’t matter what promises are made to us or how safe we think we are, we will always be the expendable ones, we will always be the ones you will throw under the bus, we learned that if we wish to survive as a people then we will need to get down in the dirt and behave like all of the other peoples of this world, that we cannot depend on the Iain Bankses of this world to stand up for us because when it comes down to it, for all their talk they won’t.”

Here’s a foxes and chickens analogy. You’re asking the (Jews) chickens to remember what it was like being killed, and then say to themselves “we have learned our lesson; we Jews (chickens) must not inflict such suffering on the (Palestinians) foxes because we know what suffering is like.”

That argument presupposes that the  Palestinians are inherently intent on annihilating the Jews, which they obviously are, which is what the West steadfastly fails to admit. It’s the antisemitic nature of fundamentalist Islam  that is the big flaw in this “good example” philosophy. It just doesn’t work. It was the major flaw in the philosophy of the unilateral nuclear disarmament movement and in Obama’s naive hand of friendship maneuver.

Don’t be stupid chickens, the lesson is: You, (Jews) of all fowls, (human beings), don’t ever let them do that to you again.

So you (Jews) of all fowls (humanity)  are the very ones who must protect yourselves. No-one else will. The UN (farmer) is fast asleep, and the bystanders (Western Liberal World) think the poor fox is cute, and if his babies are hungry the chickens are cruel not to just let themselves be eaten for lunch.
Anyway that’s it.    Instead of writing about what I intended to, I wrote about chickens,  and you may see it as an Aesop’s analogy or just a few more words from another sanctimonious fool. 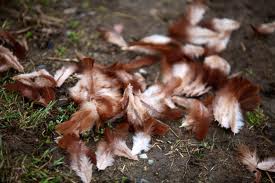