An absolutely extraordinary period for Newsnight 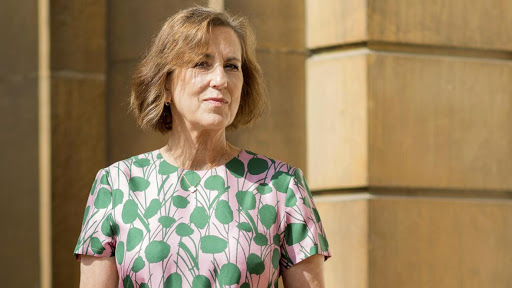 Newsnight’s Kirsty Wark on cancel culture, equality and Paxman“Newsnight is now more about being a quiet assassin than a musketeer.” Interview by Decca Aitkenhead  (Sunday Times Magazine)

No! Stop it now! Tell me I’m not subscribing to the Guardian!

“After watching her present Newsnight for 27 years, many of us probably feel like we’re old friends with Wark. The 65-year-old is the show’s great survivor, having outlived the gargantuan ego of Jeremy Paxman, and endured the nadir of the Evan Davis years, when viewing figures sank so low that many feared the flagship BBC Two show would be axed. In 2018 Wark applied to become the new Question Time presenter, but was beaten to the job by Fiona Bruce.

Today, however, Newsnight is once again on fire, reignited by a new all-female team led by Emily Maitlis and editor Esme Wren. Its coverage of the Covid crisis has been agenda-setting, breaking stories from PPE shortages to domestic abuse, so I wonder if Wark is rather relieved not to have got Question Time. She beams.

“Well, Newsnight’s going through an absolutely extraordinary period just now. I would have loved to have done Question Time. But I am so happy to be on Newsnight now.”

It’s unusual to be a show’s bridesmaid for 27 years and never the bride. Wark deputises for Maitlis, alongside Emma Barnett, but says the arrangement suits her fine. “Emily’s a fantastic lead presenter, but it’s very much a team programme, and we complement each other very well.” I wonder if she thinks it’s a total coincidence that Newsnight is enjoying a dazzling renaissance in the hands of an all-woman presenting team, under a female editor. She hesitates. “Erm, it probably is. But what makes me sad is the idea that it should be in any way exceptional.” She allows a mischievous grin. “Because we didn’t notice for years when all men were presenting programmes, did we?”

I’m channelling Papa Lazarou again. Or Tubbs.  “Noozenight? Renaissance? What is this Ren  — eh - sanse?” No, we’re back in Royston Vasey and Decca Aitkenhead is giving me a very aitken head indeed.