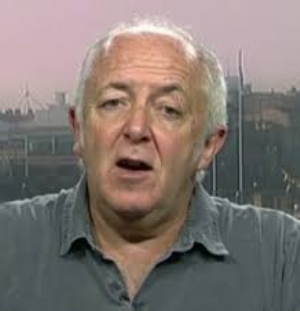 Jeremy Bowen has been on receiving end of a lot of praise on social media in the past few weeks from anti-Israel people for his coverage of the catastrophic disaster in Beirut. (Remember that?)

Some Israelis were saying to me yesterday well, you know, this is…Netanyahu could do with a war. So while there is – let me stress – no evidence that that is what is in anybody’s mind, that is the way that people think when these sorts of things happen in the region.

Thankfully, the praise was far from universal. Richard Millett responded:

Who were the “some Israelis”? Any names? What’s the point of this comment in the midst of an horrific tragedy?

This was nothing but gossip-mongering from the BBC's Middle East editor.
Yes, doubtless remembering his 'BBC impartiality thing', he "stressed" - in an afterthought - that there's "no evidence" for it  being in anybody's mind.
Yet despite that, he STILL rumour-mongered it...
...Just as he rumour-mongered (on BBC TV and radio) the social media conspiracy theories about Israel causing the explosion in Beirut:

...but many other theories have emerged including an Israeli attack. The Israeli military said it did not comment on foreign reports. Tensions in the heavily armed border region between Israel and Lebanon are high. Hezbollah, the Lebanese Shia militia and political party, threatened vengeance after one of its fighters was killed in an Israeli air strike in Syria. Israel has accused Hezbollah of mounting cross border attacks. If the explosion relates to the wider Middle Eastern conflict it's a serious escalation.

Who are his friends in Israel? Can they be counted on the fingers of one hand? Are any of them remotely close to the mainstream of Israeli opinion?

All of this strikes me (as I've kept on saying recently) as being in complete defiance of the BBC's high-profile 'specialist reporter covering disinformation and social media' Marianna Spring's advice: "If you're not sure it's true, don't share!"

I've a theory - not a conspiracy theory I think - as to why Jeremy Bowen shared these untrue things: He's biased, and has a huge, personal grudge against Israel.

Of course he's going to infect the world with the fakest of 'fake news' that paints Israel in the worst possible light. It's what he always does.