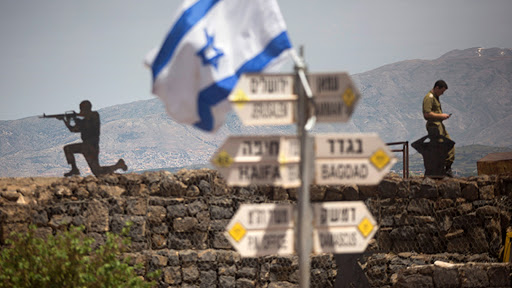 This isn’t directly related to one specific incident of BBC bias but I’d suggest that the BBC’s long-term anti-British and Islamophillic message has influenced the Government and is behind the appalling decision to “genuflect to their arch-enemies by refusing to support their greatest ally, the United States, in its resolution to extend the UN arms embargo on Iran.“

This interesting article  Appeasement: The European Sickness by Col Richard Kemp, and another posted last Thursday by Douglas Murray The Foreign Office has lost the plot in the Middle East highlight the same thing. Why is this so-called Conservative government acting like a load of wobbly lefties? We might as well have voted for Jeremy Corbyn.

Last Friday the UN Security Council rejected any extension of the arms embargo on Iran. That embargo — imposed in 2007 — began to get phased out after the 2015 Iran nuclear deal. But a ‘snapback’ provision was put in place intended to allow the return of all such sanctions should Iran violate the terms of the deal. Iran has been violating those terms for some time, but on Friday, when the United States hoped that its allies would join it in deploring this fact, only the Dominican Republic voted with it. The UK, like France and Germany, chose to abstain. On the question of whether Russia and China should once again start selling arms to Iran, this country apparently takes no view.

It would be nice to be able to say that this was peculiar. But it isn’t. In the same week that Britain abstained at the Security Council the US brokered an historic deal elsewhere in the Middle East. Under its supervision, the United Arab Emirates and Israel signed an agreement to normalise relations. The Israeli President, Reuven Rivlin, has now invited Crown Prince Mohammed bin Zayed to visit Jerusalem. As the economic and diplomatic benefits of normalisation become clear, other countries in the Middle East are expected to follow suit. Deals like the UAE-Israel agreement are part of a larger attempt to find unity among states wishing to avoid Iranian dominance. Hence President Rouhani’s threatening condemnation of the UAE for its ‘treacherous’ actions. There are rumours of Bahrain and even Saudi Arabia at some point joining the UAE’s acceptance of reality.

There must be something in the water that’s turning everyone into self-hating imbeciles of indeterminate gender. Is it the plastic beading we’ve ingested? Is Covid-19 a message from God - a cull? Pestilence and plague be upon us. I think I’ll have to start going to church or should that be synagogue? No, it would probably have to be mosque.

The only heartening thing is that the comments below such articles (in the so-called right-wing press at any rate) which used to be peppered with antisemitic innuendos now seem to have mellowed. Now the comments are mainly pro-Israel with the odd racist troll chipping in here and there.

This sea-change was especially notable below the line in a piece by Stephen Daisley Have Arab nations forgotten about Palestine by accepting Israel?

Instead of the usual sneers and anti-Israel snarks, the general tone was positive and supportive of Israel. Maybe more people are getting bored with the Palestinians than ever before. And what is it about the so-called right-leaning press? They have gone all woke and lefty too. The Times is promoting Caitlin Moran for all it’s worth and many people are not keen. Her prose is sparky and entertaining but her attitude is more Guardianista than many an actual Guardianista.

Why on earth is The Times using Sara Tor? She’s a poor writer, but is a Muslim and has written affectionately about the charity called Islamic Relief Worldwide.

The section's sub-heading is: ‘Swift action” don’t all laugh at once. Btl comments were held up for hours, but the ones that eventually crept through were as critical as they could be bearing in mind the heavy moderation that is deemed necessary.

To Hell in a handcart; amen.