“On the palm of fate we walk, and don’t know what’s written” 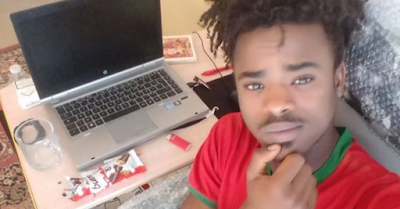 The sad story of Abdulfatah Hamdallah, the 28 year old Sudanese migrant who drowned after trying to cross the English Channel last week, is a tale of shattered dreams. In The Guardian's account, he left the Sudanese state of West Kordofan because life there was "tough" and there was "nothing he could do" in Sudan. He joined his siblings in Libya where they worked as car washers in Tripoli in order to send some money to their children back home. He eventually left for France, travelling via Italy. But, having been in France for some three years and having his asylum claim rejected by the French, he made the fateful decision, even though he couldn't swim, to use an inflatable dinghy with shovels for oars and set off in the middle of the night across the English Channel. The paper quotes Abdulfatah’s last words on Facebook, written in Arabic in June: “On the palm of fate we walk, and don’t know what’s written”.

His death was widely covered, but not - initially at least - well-covered. The media took the false claim that Abdulfatah was 16 at face value, and some media outlets used that for reporting that crossed into open activism.

The first draft of the BBC News website's report on the story made particular play of his wrongly-ascribed age. Here are its first four paragraphs:

A 16-year-old boy from Sudan who disappeared at sea has been found dead on a French beach.

French minister Marlene Schiappa said the boy's body was found on a beach in Sangatte, Calais, on Wednesday.

UK Home Secretary Priti Patel said the death of the young migrant was a "brutal reminder" that people smugglers exploit the vulnerable.

The Home Office would not confirm whether the boy was trying to reach the UK.

In the remaining five paragraphs, Abdulfatah Hamdallah is also called "this child" and classed as one of "the boys camping in Calais".

The report went through eight revisions - all increasingly extremely unbalanced in their focus on criticism of the UK and dismissal of UK government responses -  not one of which corrected his age from 16 to 28. The final version is still up, uncorrected, still under the same headline. It's the report most readers will have seen.

The BBC did mention the fact - smuggled it in, so to speak - in a couple of other, later, far-less-prominent articles. In the first, Channel crossings: People smugglers 'not behind migrant death', BBC Paris correspondent Lucy Williamson added a rather sheepish-sounding 'analysis' to it which ends:

But the message from this tragedy is no less shocking, some feel, just because the man who rowed into the Channel using stolen shovels, was not a teenager himself.

But TV Eyes confirms that viewers of BBC One's main bulletins have never heard the correction.  The emotionally-charged report from Lucy Williamson on Wednesday's News at Ten, for example (which focused on the conditions in the Calais camps, accusations against the UK government and how Abdulfatah Hamdallah's desperate final act was "a teenage retort to police, politicians and laws") contained 6 uses of 'boy/boys' and 5 uses of 'teenager/teenagers/teenage', and there have been no updates since Thursday.

The story has evidently been dropped by BBC One. This isn't untypical of the BBC these days. Whether it was dropped deliberately or simply because BBC News increasingly has the attention span of a gnat is hard to say. But surely it merited a short, on air-correction at the very least?