Camus, the Plague, and the BBC 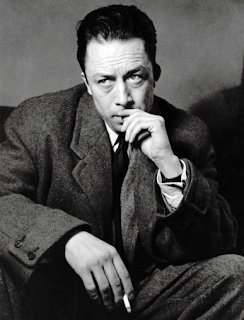 In his latest Spectator piece Rod Liddle, as is his way, sums up what many of us feel about the BBC so well that he pretty much renders further comment from us superfluous.

And his way with words remains a thing of wonder, e.g. "The distance the BBC travels each day from the values of its core audience will soon be measurable only in astronomical units."

(At the moment I can only dream of being at least 3.9 parsecs away from Newsnight's Lewis Goodall - a man whose unbearable smugness would embarrass Douglas Adams's Zaphod Beeblebrox).

As he describes it, for no comprehensible reason other than 'wokeness', the main character in the novel - a man - was turned into a woman, and placed in a lesbian relationship with her "wife". The setting, however, remained late 1940s Algeria with "its Arab population" (mentioned in the broadcast) - not a time or a place exactly known for its acceptance of openly lesbian couples or same-self marriages (or - by the by - for its 160,000-strong Jewish population which, having survived Vichy France's collusion with the Nazis over the Holocaust, was then getting driven out following the formation of the state of Israel. As you probably know, there are now no Jews in Algeria).

It's not that a story about lesbian relationships in 1940s plague-stricken Algeria mightn't have made for an interesting original drama, Rod argued, but that this trivialising piggy-backing on Camus has nothing to do with Camus and is simply silly.

Rod quotes the head of BBC audio drama, Alison Hindell, sticking up for the changes on Feedback and saying that they provided "contemporary resonance".

Now, I'm just reading Rod here and enjoying him and nodding my head and raising my eyebrows and pursing my lips at the appropriate moments, but I didn't hear that Alison Hindell Feedback interview myself. Did she really show herself up like that? I think I ought to do her the courtesy of at least checking first...

Well, she certainly did play the "contemporary resonance" defence: "It helped the play feel feel like it was in The Now"...

...but she also raised a "practical" advantage to changing the sex of Dr. Bernard Rieux from a man to a woman: that otherwise the cast would have been all-male and that "voice differentiation and distinguishability" helps "the ear of the audience to follow the story".

That's reasonable. It spoils listening to radio dramas if you can't tell who's speaking because the voices are too similar, though, that said, (a) I can imagine it being far from impossible to differentiate the voices of an all-male cast and (b) I don't think it really answers the question of why it had to be the main character rather than some of the minor, more plausibly changeable characters, who got changed.

(Feedback's Roger Bolton stuck entirely to the change of sex question, not the ahistorical-seeming same-sex in Algeria issue).

Her other defence of why it was "a perfectly legitimate choice" to change the sex of the main character was literally this:

There are a lot of women doctors in the world today.

Interestingly, she said that this was the first time Camus's estate has given its blessing to a radio adaptation - which certainly sounds very much like a French artistic estate doing something French artistic estates rarely do, and (if you accept Camus's estate as speaking for the long-dead Albert) somewhat undercuts the charge that the play goes entirely against the spirt of Camus.

And she argued - quite accurately - that this kind of mucking around with original texts (changing the sex of main characters, using ethnic voices - here a Jamaican voice instead of a French-Algerian voice, etc) is now commonplace on the stage and in radio adaptations, reinterpreting things to fit "the social mores and expectations of the world the we live in today". (The world she lives in, some might say).

Still, the playwright who adapted The Plague for Radio 4, Neil Bartlett, is no novice. He's a man with a long back history, so they didn't just grab him off a far-left street protest. It was a theatrical work first, and featured a female actress as the male main character -  the same Jamaican-born actress (Sara Powell) as on Radio 4....

....ah, I'm seeing, casting-wise, light-bulb-going-on, just why Neil would probably be just the man for the BBC at the moment!

Obviously, using one radio adaptation to represent the abyss into which 'woke' BBC drama has fallen doesn't amount to a clinching argument. It's a mere swallow in the wind. But it's a telling swallow nonetheless.

On Rod's point that Ms Hindell rejected charges of London/metropolitan-elite-centric groupthink by saying...drum roll...that the BBC will be running A Season of Nigerian Literature soon...

...well, in fairness to her, that did come about because of Feedback presenter Roger Bolton - a long-time BBC left-winger - raising the 'London/metropolitan-elite-centric groupthink' by asking her, of all things, whether Radio 4 audiences are far too South East England-focused and...guess what?...yes, not what people in the North or Cornwall or in seaside resorts like Morecambe might think, but what BAME listeners might think of that.

Listening to the Radio 4 play itself, my main disappointment was on how pedestrian it was. Camus's The Plague struck me as a profound masterpiece when I first read it thirty years ago. This just struck me as a plodding radio play with intrusive music. 'Why was it so clunking and banal?' was my main question.