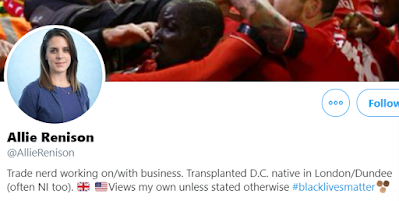 Young Lewis is at it again...

Don't criticise your colleagues, Fran Unsworth warns with a massive wag of her finger. Does Newsnight's out of control policy editor care? Of course not.

Here he is 'liking' a tweet calling for support after the lady in question fell out with Andrew Neil last night. Lewis lent her his hand against his BBC colleague:

He's playing the BBC like a fiddle and they don't seem to dare anything about him - especially as there are now plenty like him at the BBC who will doubtless be rooting for him.

P.S. For the BBC's sake I've sent all the details of this to Guido Fawkes to add to their Lewis Goodall collection.