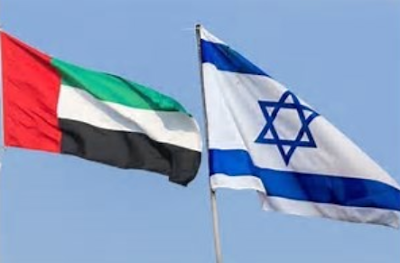 It appears that the good news about Israel and the UAE establishing ties might only be the beginning, and that other good news could be coming soon.

It appears that Saudi Arabia is giving its blessing to the deal by allowing flights between Israel and the UAE to cross its air space - something that sounds to me like a definite signal of where the Saudis are heading.

And it appears that Oman and Bahrain are on the point of following the UAE's lead, which would give the Saudis cover to follow suit some time soon.

And, very intriguingly, the post-al Bashir Sudanese government appear to be on the verge too.

So peace might be breaking out all over between Israel and the Arabs as more and more Arab regimes realise that (a) Israel could be a valuable friend against their enemies (principally Iran) and (b) that the twin Palestinian leaderships - both nice Holocaust-denying Mr Abbas's lot and the terrorist Muslim Brotherhood Islamists of Hamas - are more of a clapped-out hindrance than a help to making the region a safer space to live.

If Israel can then tempt them to treat their citizens humanely, move towards democracy, and work against spreading extremism (including Wahhabi influence) then the world could be a much better place for it.

On blog-related matters, Maajid Nawaz rightly (as he is so often these days) called the Israel-UAE deal "immensely significant" and a "HUGE victory for diplomacy and peace" and says that next up "it must be peace between Israel and Saudi Arabia"...

Maajid - why do you think there has been so little coverage of this historic deal in the MSM?  I find it bizarre.

Lance isn't wrong. Yes, Jeremy Bowen - the BBC's anti-Israel Middle East editor tweeted about it (with the absolute opposite of enthusiasm) - but he wasn't across the BBC's airwaves talking about it.

And the third Israeli peace deal with an Arab state was reported (as TV Eyes confirms) but as a very, very marginal story.

The paucity of coverage was truly something to behold.

Punditry is unable to analyse Israel & Trump except through a narcissistic West-centric lens. Which, by definition, “otherises” Palestinians (bigotry of low expectations) while taking a Eurocentric “ownership” of Jews: a combination of domestic antisemitism & foreign Orientalism.

...which, if you strip out the (intentional) jargon, is a very astute observation. It captures Jeremy Bowen & Co's outlook perfectly, don't you think?