It’s eleven minutes to seven. Boris Johnson, the overwhelming front-runner to Conservative leader continues to face questions over his comments about muslim women. When he was asked at his launch about an article he wrote comparing those wearing the veil to bank robbers and letterboxes argued that it’s vital for politicians to say what they genuinely think, not - as he said - ‘muffled in bureaucratic platitudes’. So does that response satisfy his critics? Well let’s talk now to Mohammed Amin chairman of the Conservative Muslim Forum. Good morning

Um, the point that Boris Johnson was making was about the connection between voters and politicians, and he says that it’s vital for politicians to remember that the reason that the public feels alienated from us is that politicians don’t say what they genuinely think.

Mister Johnson is a very intelligent man and when he wrote his article in the Telegraph in August he knew exactly what effect it would have - it would lead to Muslim women who wearing niqab and burka being verbally abused on the streets, in certain cases being physically assaulted, with people trying to tear it off, and I’m sure it was clear to him that that was the likely consequence of his article and he chose to mock Muslim women who wear niqab and burka for his own purposes.

You may well dispute that but it looks like he’s now going to be the leader of the Conservative Party, at least he’s very much in the front-running for this job. Where does that leave you?

I’ve been a Conservative Party member for over 36 years and we don’t expect our politicians, our prime ministers to be saints, but we do require a basic level of morality and integrity; and of all of the candidates in the Conservative party leadership election, Boris Johnson is the only one who I believe fails that test, and I’m not prepared to be a member of a party that chooses him as its leader.

So you would resign after..

I would resign after 36 years.

But he’s clearly in the front-running and amongst MPs they think he’s the right person for the job and polling that’s been done amongst grassroots Conservative members show that he’s popular there as well.

There are many horrible people who have been popular. Popularity is not the test. The test is ‘is this person sufficiently moral to be prime minister?’ and I believe he fails that test.

But MPs would disagree with you - they think he’s certainly the right man to sort out Brexit for this country.

A lot of Germans thought Hitler was the right man for them.

Yes. I’m not saying Boris Johnson wants to send people to the gas chamber. He doesn’t; clearly he’s a buffoon, but he, as far as I’m concerned, has insufficient concern about the nature of truth for me ever be a member of a party that he leads.

What he says is that phrases that he made have been wrenched out of context and interpreted by those who wish, for reasons of their own, to caricature his views.

About a year ago he stood up on a platform at JCB and denied point blank that he’d ever said that Turkey was joining the European Union. That afternoon there were clips all over Twitter of him saying precisely that on television. As far as I’m concerned, he doesn’t care about truth or falsehood; he’s rather like Mr Trump in the USA.


Before we let you go I did want to ask you about Sajid Javid….

Note: The Guardian reports this sympathetically, with a pleasant image and the innocuous header: “I will quit if Boris Johnson becomes PM - Tory Muslim chairman” 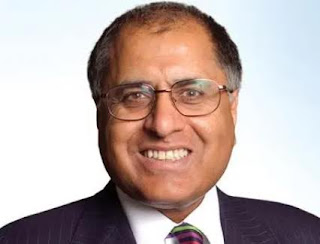 ...while the Mirror goes with a slightly menacing image and “Boris Johnson compared to Adolf Hitler by Conservative Party Muslim chief” 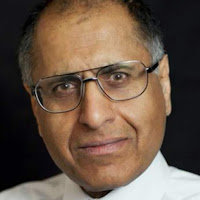 I don’t know, but am I alone in thinking that the left-wing media eagerly regard the niqab and the burka as a desirable symbol of the UK’s rich cultural diversity? Under the prevailing zeitgeist, all negativity about religious fancy dress is a hate crime. (unless it’s directed at religions other than Islam.)
Now call me picky, but to me, the full face veil and the full body sack are utterly ludicrous, and if they didn’t have such sinister undertones they’d be utterly comical. But I’m even a bit scared of clowns - and, for that matter, any uniform that sends out signals of unpredictability and volatility. But as Boris also said, this is a free country where you can wear what you like.
Posted by sue at 11:04