I suspect you’ve had enough of this business, but I’m not quite done yet. I listened with interest to Iain Watson’s ‘romp’ through the Labour Party’s current turmoil on the Today Programme at about 6:32, this am, and I thought I’d share it with you. Of course, you don’t have to read it if you don’t want to. It’s free. Free at the point of delivery.

The biggest obstacle I face as an unskilled manual transcriber is the breakneck speed at which Iain Watson delivered his "romp" through the goings-on "beneath the surface" of the Labour Party’s latest shenanigans as well as not necessarily the greatest vocal clarity.

The next worry is that there was a bit of skirting around the matter of Keith Vaz (or, as he’s also known, ‘Jim”) Or if you like, Jim Vaz., which some absurdist commenters on Guido’s site have Spoonerized into ‘Vim Jazz'.

So according to Iain Watson, Jim (or Vim) - and let’s face it, no-one wants to impugn anyone’s character - was trying to ‘do what he thought was the right thing’ - i.e., not lose another Labour seat.

One wonders if the general objective is to bring about a Labour government ‘at all costs’? (One of the costs being that people like Huda Elmi determine the direction of travel)

Iain Watson gave us a deep analysis of what’s just happened without even mentioning Ms Elmi by name. He didn’t elaborate on her role in this particular process, nor did he seem interested in seeking out any justification of her position on the NEC. To me, that speaks volumes about the Labour party and the BBC. 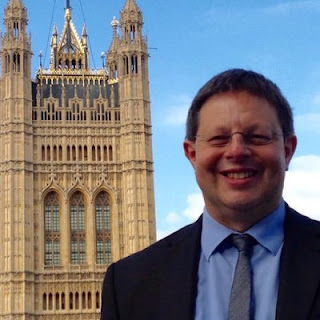 P.S. I can see that people like Watson must feel a little 'between a rock and a hard place'. One of the Tweets that popped up prominently in a Google search for ‘Iain Watson Twitter’ was this. Vile remarks by deeply antisemitic hard-left  Corbynites point us in the direction we’re heading.  FFS.

Nick R
Jeremy Corbyn is in trouble, deep trouble. Labour’s deputy leader and more than 100 MPs and peers are demanding that he overturns the decision to readmit an MP to the party who was suspended for saying that Labour had been too apologetic about antisemitism. Our political correspondent is Ian Watson. Any sense of what the Labour leader will now do, Ian?

Iain W
I think he’ll stick to his line that these processes need to be followed, Nick, and that he has got no part in it because, what he and his supporters would say, is quite simply this, that when there’s an outrage about when emails were leaked to the Sunday Times and other publications earlier this year suggesting that the leader’s office had been involved in disciplinary cases and many people who are criticising him now said at the time that he shouldn’t be involved, and his staff shouldn’t be involved, so he’s saying actually the independence of this process is quite important, but as you point out he’s coming under pressure.
Jon Lansman, the founder of Momentum saying that Chris Williamson has to go, Labour councillors now signing a statement criticising the decision to reinstate him, you mentioned the Labour Peers and MPs of course there’s also Labour Party staff speaking out as well, so the pressure on Jeremy Corbyn is growing, but I should say there’s an awful lot going on beneath the surface as well here,  time’s limited but I’m gonna romp through it.
Firstly there is genuine outrage in the parliamentary party about the Chris Williamson decision but we should also be aware of the timing, The timing is particularly toxic because the general secretary of the party just really basically had the starting gun on parliamentary selections - only last week she fired that gun, lots of people feel they could be potentially wounded, so they are saying - as one labour MP said to me privately, if they think that the threat of deselections for people who are being disloyal is going to shut us up, in fact it’s going to do the opposite, so maybe the people that signed that Tom Watson statement are also very happy to have a go at Jeremy Corbyn, and the Labour leadership at this particular time.

NR
And there’s a puzzle here, isn’t there, in one of the people actually involved in doing the..in reversing the suspension and bringing Mr Williamson back into the party actually now said he wants it rethought again.

IW
Ah yes, this is Keith Vaz, I don’t want to impugn his character in any way but this brings us back a little bit to this question of parliamentary selection actually Nick, because interestingly enough and certainly close to what sources close to the leadership think, is that in this panel of three, there’s one person who’s never going to bring Chris Williamson back, George Howarth, a big supporter of Tony Blair in the past as a constituency representative, but Keith Vaz who was fairly pivotal; he was brought into this process at the last minute and some people believed that what he was doing was trying to avoid being deselected by the left in his constituency so he did what he thought the Labour leader’s office would have wanted.
The irony is that partly they didn’t want this at all, that privately their relations with Chris Williamson have completely broken down and they thought the NEC, the National Executive Committee, the officers, would take a tougher line on Chris Williamson than they did.
But they’re now in this difficult situation where they’ve given the deputy leader Tom Watson a stick with which to beat them and they have to hide behind also the defence of these existing processes and therefore Jeremy Corbyn is not coming in and, as his critics would say, leading from the front, and himself taking the whip away from Chris Williamson, so a bit of a sticky mess.